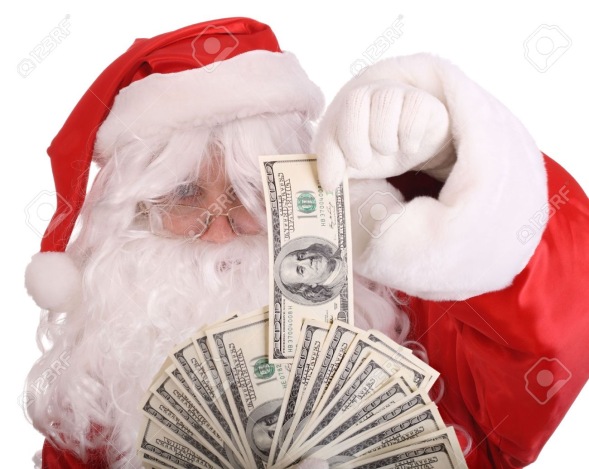 If you’re looking for an update on the Mets’ offseason since they paid Yoenis Cespedes, don’t get too excited. In fact, don’t get excited at all. Nothing has happened. Sandy Alderson basically went to the Winter Meetings last week, ate the hotel continental breakfast for a few days, and then flew right back to New York. Sandy said the Mets can’t make any moves until they find a team willing to take the 13 million dollar Jay Bruce salary off our hands. Clearly the days of worrying about our mid-market payroll are behind us.

Christmas Party: The Mets held their annual Christmas Party this week and decided to anoint Noah Syndergaard as the next cursed Santa Claus. Sandy Alderson was seen at the event trying to dump Jay Bruce in a Toys for Tots bin.

Pray and Wish: At the Mets Christmas Party, Thor said all he wants for Christmas is a World Series. It’s a good thing that he’s motivated because Sandy and Co. are clearly showing that their strategy for 2017 is to pray that all of our young pitchers will be healthy. In other words, rather than actually improving the team this offseason, the Mets are asking Jesus and Santa Claus for help.

MLB Anti-Hazing Policy: This week, MLB unveiled a new policy banning “offensive” hazing practices specifically those that involve dressing teammates as women. No word from Donald Trump yet on the decision but expect to see tweets about “soft Manfred” and “the failing MLB” any day now.

David Wright’s Road To Retirement: David Wright is reportedly simulating baseball activities but has not swung a bat yet. He’s been “getting in a crouch” and “moving laterally”. Basically he gingerly slides from one end of the couch to the other and occasionally bends over to pick up a chip if he drops one on the floor. I’d like to think that if David Wright retired tomorrow the Mets would spend his salary on roster upgrades. But who am I kidding. The Wilpons are already banking on spending the Wright insurance money on Yo’s salary.

World Baseball Classic: Brandon Nimmo and Michael Conforto are reportedly on the preliminary roster for Team Italy, Asdrubal Cabrera is planning to play for Venezuela and Jeurys Familia wants to pitch for the Dominican Republic. You’ve got to love the idea of Ol’ Bum Knee Cabrera playing extremely competitive games in March when he limped through a third of the regular season last year. Conforto better hope Jay Bruce doesn’t have an Italian Great Grandfather otherwise he might wind up benched for the World Baseball Classic too.

Juanny Bum Shoulder: Juan Lagares strained his shoulder diving for a ball in the Dominican Winter League. Apparently he’s fine. Juanny better have a big 2017. He hasn’t done a damn thing since his breakout year in 2014 other than hurt his elbow and his thumb and now his shoulder. If he has another injury filled season, that extension we gave him will wind up looking horrible.

Nationals Striking Out Non-Stop: Other than the Mets signing Yo, the best news of the offseason has been that the Nationals have failed in almost every single one of their attempts to land players. They failed to land Cespedes, Andrew McCutchen, Chris Sale, Kenley Jansen, and Mark Melancon. The list goes on and on.

Mr. Tingles: Matt Harvey said his arm is no longer tingling and he’s feeling strong as he recovers from his surgery. If Matt Harvey wins comeback player of the year and Noah Syndergaard continues to be a pitching machine then the 2017 Mets really will be in great shape. Pray.

Charges Dropped: The domestic violence charges against Jeurys Familia were officially dropped because as I’ve said many times on this site, the charges always get dropped or settled out of court. If you want to know what will happen next, just check out my post that I wrote the day this story broke. It’s the same exact cycle every single time. Familia will get a slap on the wrist suspension for allegedly assaulting his wife. Meanwhile Jenrry Mejia is locked up in a cell in the dungeons at MLB headquarters for taking a little testosterone.