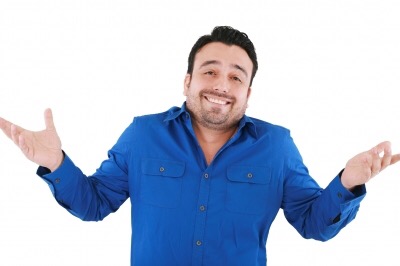 We always knew it would come down to beating Washington. If we wanted to take the NL East we needed to beat the Nationals. 2016 wasn’t going to be like 2015 where they handed us the NL East. We were going to have to take it. Well that ship sailed shortly after the All-Star Break when we decided to play like crap for 3 months. But even if the Mets want to keep pace in the Wild Card race (still 2 games out), they are going to need to show some life in this series and the one in Washington starting on September 12th. In last night’s loss Thor was great and the Mets offense did absolutely nothing. We ain’t off to a good start.

The Last Hope: Noah Syndergaard is literally the last young ace standing. He pitched great. He went 7 innings and gave up 2 runs on 3 hits. He only struck out 4 because he’s clearly revamped his first half blow em’ away style. Now with these elbow spurs he’s clearly being a bit more conservative in the velocity department. Anyway we wasted Thor’s fantastic start. Flushed it down the old toilet.

He’s So Hot And…He’s Dead: Remember when Neil Walker was the hottest hitter on the team and launching home runs and then he said his back was sore and 12 hours later he was out for the season? Well bum knee Asdrubal Cabrera is the hottest hitter on the planet. He hit his 19th homer in this game giving the Mets their only run. Pray for Cabby. We can’t afford to lose him.

Silly Terry: Terry used Fernando Salas (which autocorrects on my phone to Fernando Salad) in the 8th inning which worked out great. He pitched a scoreless inning. But for some reason in a 2-1 ballgame Terry didn’t go to Addison Reed or Jeurys Familia in the 9th. He’s overused both of them all season, but last night’s game didn’t feel like the right spot to him? Well in the 9th inning Jerry Blevins and Hansel Robles combined to give up 2 more insurance runs which made the game 4-1 and put it out of reach.

Forget About Playoffs: Jacob deGrom apparently went for a precautionary MRI and the results showed no structural damage but inflammation in his pitching elbow. He’s supposedly missing his next start. But in reality Jacob and Steven Matz are completely out. This idea that we are trying to win a World Series and accomplish what we failed to do last year is out the window. I still can’t believe we had a run of solid health last August/September. I wonder if that will ever happen again.

Young Guns Season 2: It’s all up to the young arms. Robert Gsellman, Seth Lugo, Rafael Montero and Gabriel Ynoa are going to get the chance to audition for next year’s team. Also as a side note I realized R.A. Dickey is a free agent at the end of the season. Imagine we go from the dream of 5 young aces to a rotation headlined by Bartolo Colon and Dickey in 2017.

Today: Robert Gsellman vs. Tanner Roark tonight. I have Roark in fantasy. I hope we score 50 runs off of him. But a complete game shutout seems more likely.