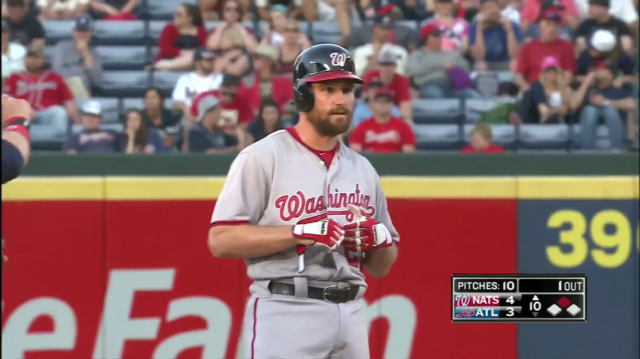 It wasn’t bad enough that we lost our opener to KC in the exact same way we lost every 2015 World Series game. It wasn’t bad enough that Yoenis Cespedes dropped another routine fly ball. It wasn’t bad enough that ol’ bent spine David Wright and Cespedes struck out in the 9th to end yesterday’s opener. God felt the need to continue rubbing it in our faces by having Daniel Murphy hit a home run and the game winning extra inning hit on Opening Day for the Nationals. Of course he did. These are the things we come to expect as Mets fans. Yet they still find a way to surprise me every single time they happen. Oh by the way, Murph was the first beneficiary of the Ruben Tejada rule too. He got taken out when Nick Markakis slid past the bag. Murph called for the double play, and the umps granted it. Of course they did.

Forgive the crummy photo, but Markakis undoubtedly slid past the bag. Under the new rules he’s out. I’m all for the rule being applied consistently in an effort to fully abolish takeout slides. So I’m happy they got the call right. It’s just hilarious that Murph, a notorious gamer, is the first to benefit while the ghost of Tejada continues to haunt the Mets clubhouse and the real Ruben continues to hobble around the Cardinals dugout.

Final Note: The K-Zone was driving me crazy last night on ESPN as it always does. Mainly because it simply highlights that the umpires consistently get the calls wrong, and we’d be much better off with robots behind the plate. And then we have to hear the announcers praise the umpires for being “consistent” with their inaccurate strike zone. “He’s really calling that low strike Bill.” Umm no he’s consistently making a mistake and should be fired. But ESPN did release this interesting K-Zone Heat Map/MRI of David Wright: 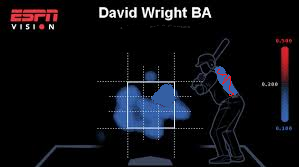 Get a load of that twisted spine he’s rocking. That baby’s got more knots than a pre-schooler’s shoe laces. In a related story, Mets.com finally updated our depth chart at third base. Pray for David. 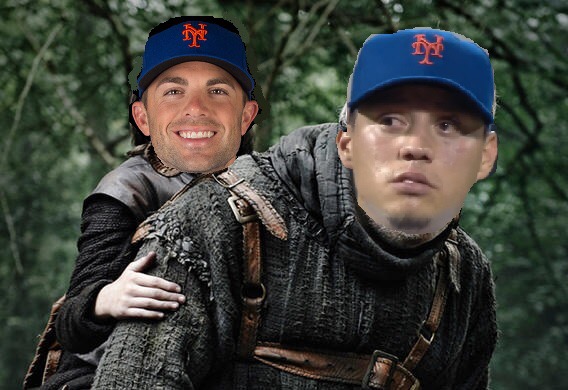