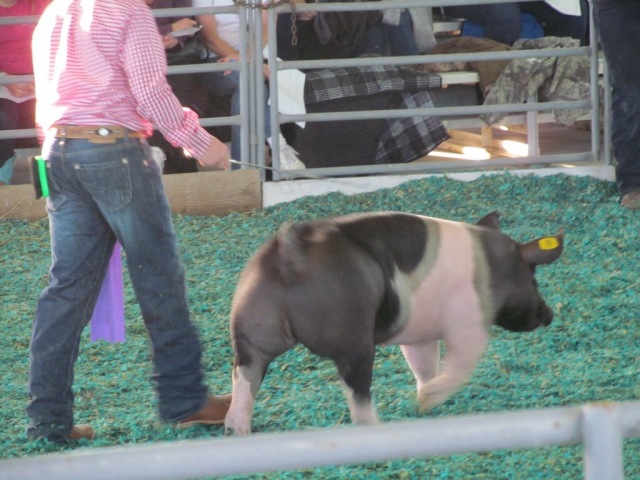 Were you worried about Yoenis Cespedes potentially opting out of his Mets contract after 2016? Well fear no more because he’s probably already spent 75 million dollars on a combination of cars and livestock. Remember when we were worried about Matt Harvey and how his off the field activities would be portrayed by the media? Well, nobody is ever going to care again. Not as long as Yoenis Cespedes keeps up this Supermarket Sweep-like run of spending. He spends millions of dollars on custom sports cars and now he buys a prized pig straight cash from some kid at the St. Lucie County Fair. By the time we get to October, he’s not even going to have room on his fingers for a World Series ring because he’s already going to have diamond rings on every single one.

At this point, it’s pretty clear what everyone meant by Cespedes is a “distraction”. They just meant that he’s an absolute mega star with an unlimited amount of swag. “La Potencia” really couldn’t be a more fitting nickname. He easily outshines every player with his smile and power and now he can outspend them all. Along the way, I’m sure some other players simply got jealous and called him “a distraction”. As long as our guys (cough cough Matt Harvey) can keep their egos in check and let Cespedes be the star of the show, everything will be fine.

I also couldn’t be happier that the Wilpons finally cut a big check and now they are going to be forced to watch Cespedes publicly burn the money right before their very eyes. Although I suppose cars and livestock are better investments than any of the Wilpon real estate holdings.