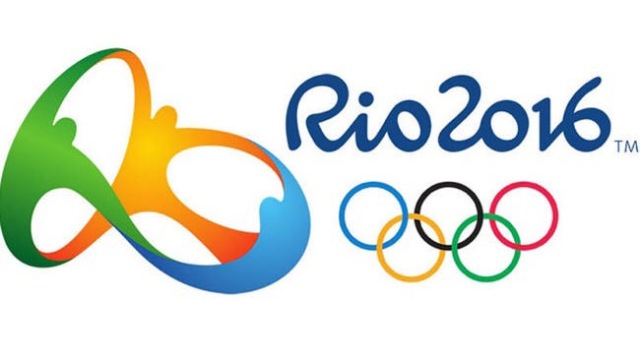 The Mets lost to Arizona again last night. The Mets are now 0-4 against them on the season. The cellar dwelling D-Backs have had so much recent success agains the Mets that they are about to leapfrog the San Diego Padres in the NL West. It’s honestly hard to process how poorly we’ve played against the D-Backs and other horrendous teams. Gary Cohen talked during the game about the D-Backs terrible home record and their horrible pitching staff. And then the Mets pitching staff comes out and takes a dump on the field. As the Mets drift further behind in the Wild Card race (3 games back), the Yankees creep closer and closer to the lead (4.5 games back).

Compete Every 12 Years: I have almost no interest whatsoever in watching the Summer Olympics. I’ve never been a fan. Watching Track and Field triggers my high school athletics PTSD, and if I wanted to watch a bunch of mooks dive into a green-colored piss filled pool I’d hit up one of the many public pools in Brooklyn. But I was looking at the past Olympic games, and it became clear to me that the Mets haven’t even been competitive every eight years in my lifetime let alone every four years. During the 1988 Olympic Games the Mets were amazing. But during the 1992 and 1996 games they were Stinko. In 2000, the Mets reached the World Series and then were embarrassed by the Yankees. In 2004 and 2012 they Mets were terrible and in 2008 the fans were all pretending the Mets still had the talented team from 2006. And now here we are during the 2016 Olympic Games in Rio and the Mets stink again. Meanwhile during that time the Yankees championships to Olympic Games ratio is 5:7.

Loser Tournaments: During the game last night I briefly imagined what it would be like if MLB copied College Basketball and had an NIT style tournament for all the bad teams. Then I remembered that the Mets would probably be first round knockout favorites considering the Braves, D-Backs, and Rockies have been crapping on us all season long.

Tolo Didn’t Have It: The Mets were trailing the entire game last night, and Bartolo Colon was getting rocked right out of the gate. It was a definitive off night for Big Sexy. The Mets pushed him through 4 innings because they had already used long man Gabriel Ynoa multiple days in a row. Nice managing Terry! Colon gave up 9 hits and 5 runs over those 4 innings. Only 2 of the runs were earned because T.J. Rivera made an error that helped lead to a three run first inning. Colon wasn’t able to limit the damage. He gave up another run in the 4th and in the 5th inning.

Every Single Reliever Didn’t Have It: The story of this game was the Mets pitching staff getting smacked. Erik Goeddel gave up a pair of RBI doubles to Brandon Drury and Jean Segura in the fifth inning to make it 7-2 Arizona. Seth Lugo gave up an RBI single in the 6th inning. Hansel Robles gave up a two-run blast to Yasmany Tomas in the 8th inning to make it 10-5 D-Backs. Robles has had a roller coaster season. Dominant for stretches and then horrendous for others.

Bright Spots: The Mets squandered a number of opportunities to score with runners in scoring position, but they aren’t worth recapping. I’m not going to sit here and try to rationalize why a team that gave up 10 runs should have won a baseball game. Jose Reyes hit RBI singles in the 3rd and 4th inning. Neil Walker had 3 hits including a solo shot in the 9th to stay hot. He’s about to leave the team to be with his pregnant wife who’s due to have Neil (or Neila) Walkyear Jr. any day now. He should probably stay with his family the rest of the season. He won’t miss much. Wilmer Flores had 2 hits and continues to crush lefties. He almost hit an opposite field homer early in the game, but it just went foul. Travis d’Arnaud had 3 hits. The D-Backs still stole 2 bases off of d’Arnaud and the Mets staff. What else is new?

Grandy: Curtis Granderson continued to struggle last night. He went 1 for 5 and failed to do anything with two men on base in the third and fourth inning. Terry talked postgame about how Curtis was the 2015 team MVP. Unfortunately, he’s reverted back to 2014 Grandy this season. Remember how much promise our outfield had preseason? Well Grandy’s production fell off and Michael Conforto has reminded us he was in college like two years ago. Without a doubt we have seen the worst case scenario unfold for Conforto and Grandy. Oh well.

Stop The Madness: Can somebody please tell Terry he’s not allowed to start Ty Kelly anymore? Please? He went 0 for 3 and he’s hitting .186. He’s not a major leaguer. I would rather watch Brandon Nimmo or Michael Conforto take ABs against right-handed pitchers than watch Ty Kelly do anything. Hurry Yo!

Incompetent Doctors?: Apparently Logan Verrett feels he has a neck injury that Mets doctors failed to diagnose. He’s flying out west for a second (real) opinion. Meanwhile Ray Ramirez continues to ask Zack Wheeler for a tissue sample from his elbow so he can “plant the arm seeds and grow a new ace.”