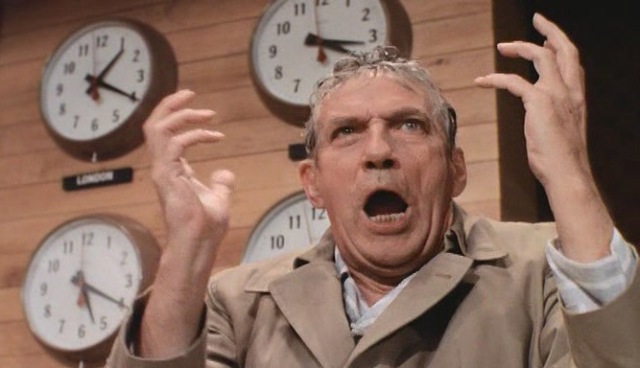 Last night the Mets finally got mad as hell and unleashed their fury on the Pirates.

Thunderous Rage: Noah Syndergaard was mad as hell. He wanted every Pirates head on a pike last night. He was out for blood. He went 8.1 innings, gave up 5 hits, 2 runs (1 ER), and struck out 11. He was untouchable until the 9th inning when he gave up a leadoff double to degenerate crust punk John Jaso. When he gave up the one out double to David Freese that scored Jaso, he smacked his glove and howled at the moon. He wanted the complete game, but I’m sure he’ll take the win. Terry brought in Jeurys Familia with a ten run lead to finish the game off. Terry is hilarious.

Offense Mad As Hell (And Also Supposedly Having Fun): The Mets offense finally erupted last night. They pounded lefty starter Jeff Locke (who stinks by the way) for 7 runs and 9 hits over 4 innings. Curtis Granderson led off with a single, Asdrubal Cabrera followed with a single, and then Yoenis Cespedes walked to load the bases. With the bases loaded, Wilmer Flores hit a dribbler up the first base line that essentially served as an RBI squeeze bunt to make it 1-0. With two outs and two on, Matt Reynolds hit a two RBI double to make the game 3-0. The early outburst really allowed me to exhale as a fan, so I’m sure it was a welcome sight for the players too. Kelly Johnson added a solo bomb in the third inning to make it 4-0. In the fifth inning, the Mets piled on the runs. Cabrera, Cespedes, and Flores started the inning with back to back to back singles to make it 5-0. The Pirates starter Locke was yanked after the Flores RBI single and the new reliever gave up RBI singles to Johnson to make it 6-0. Then with two outs, Rene Rivera singled to make it 7-0. In the 6th inning, Wilmer Flores added a two run blast and James Loney hit an RBI double to make it 10-0. Rivera also added an RBI single in the 8th inning to make it 11-0. It was an absolute hit parade. Yoenis “The Engine” Cespedes had three hits. Kelly Johnson had three hits and two RBIs. Flores had two his and four RBIs. Matt Reynolds finally broke out with three hits and two RBIs. The Mets said after the game they were finally having fun. Duh! Winning and dingers are fun.

The Opportunity: Wilmer Flores has been on fire offensively since taking over for David Wright. Good for him. You know what? It’s about time he stepped the hell up. Everyone step the hell up goddamnit. We need to score runs and support this pitching staff.

Thumbless Juan: Juan Lagares was scratched last night due to his torn thumb ligament. It flared up. So much for “playing through it” to avoid season ending surgery. How long did that last a week?

New Left Fielder: Kelly Johnson drew the start in left field for the injured Michael Conforto. Honestly if Conforto, Neil Walker, and Juan Lagares ever return from their injuries, it wouldn’t surprise me to see Terry go back to the play whoever is producing model. Kelly should play somewhere if he is hitting. That’s for sure. Speaking of Neil Walker, he’s supposedly going to play tonight.

Yo Says Go Do It: The NY Post asked Yoenis Cespedes about the new Cuban Yulieski Gourriel. Yo said Gourriel was the best player in Cuba when he played with him on the National team, and that they are good friends. Yo also said Gourriel is going to get paid big money as he should. Just a reminder that we should 100% sign this guy. He plays third base now, and if David Wright decides to try and play again next year, he can be moved to second base. Then when David gets injured again we can play Gourriel at third and Dilson Herrera at second base. Go get the Cubano. It’s a no brainer.

One thought on “Mets Finally Get Mad As Hell; Offense Erupts”