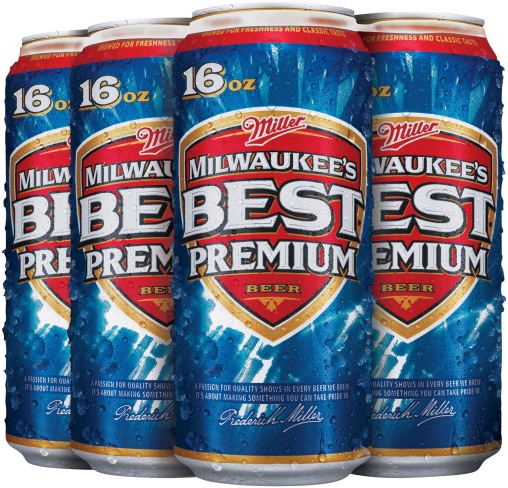 Can we modify the rest of our regular season schedule and just play the Brewers the rest of the way? Maybe we can petition the league to realign the divisions. The Mets can be the powerhouse in the newly constructed NL Toilet Division. We want Atlanta, Philly, Milwaukee, and San Diego. I’d ask for the crummy Rockies, but they already beat our asses. So maybe they belong in the next tier of teams. Against the Brewers, the Mets can make errors and get away with them. In Milwaukee, Bartolo Colon can give up 8 hits and only wind up surrendering 1 run over 7 innings. Against the Brew Crew, the Mets can leave men on base like they always do, and it won’t matter because we’ll still score enough runs to win. In Milwaukee, Wilmer Flores goes 3 for 4 and Kevin Plawecki can get singles that drive in two whole runs. Even Matt Reynolds can get an RBI single in Milwaukee to give the Mets a late insurance run. Yes, I only want to play the Brewers the rest of the way because I want to feel this way after every game.

Grandyman and Co: Curtis Granderson led the game off with a solo bomb. He loves hitting leadoff homers. God I hope this means he’s starting to come around. He also hit an opposite field double in the third inning of this game to go 2 for 4. With two outs and Grandy on second base, Yoenis Cespedes drove him in with a single to make it 2-0. Cespedes went 2 for 5. He’s our team engine.

Big Sexy: As I said above, Tolo gave up many hits. He got an inning ending double play in the first inning. In the second inning Chris Carter doubled with one out and Hernan Perez singled with two outs. But Tolo got out of the inning unscathed. In the third, Scooter Gennett singled with two outs and Bartolo picked him off. Whoops! In the fourth Ryan Braun reached on a bad throwing error by James Loney. Loney’s throw beat Tolo to the bag. But who cares because Tolo got a double play off the bat of Jonathan Lucroy and struck out Chris Carter. No problem there. In the fifth inning stanky Kirk Nieuwenhuis led off with a single and Hernan Perez promptly hit into a double play. Every single mini-rally for the Brew Crew got squashed by a double play or something. They’re just like the Mets. Their only run off of Tolo came in the 7th when Kirk hit a two out double and Hernan Perez crushed an RBI grounder right at Neil Walker to make it 2-1. The ball came up and rocked Neil Walker in the heart, and it bounced far away from him. It was called a hit. Neil’s alive so that’s really all that matters. But boy has his glove been crummy lately. He’s Murphin it up big time.

RBIs For All: In the 8th inning, the Brewers brought in Corey Knebel who was awful. James Loney led off with a single, he walked Asdrubal Cabrera, and Wilmer singled to load the bases. Kevin Plawecki then hit a single between third and short that scored two runs and made it 4-1. It was a clutch hit. I hope this means Plawecki will start to show something. Travis d’Arnaud will be back soon, and that probably means Vegas for Plawecki. The final Mets run came in the 9th inning. Juan Lagares aka Juanny one thumb hit a leadoff double. I guess he’s okay. And with one out Matt Reynolds (who came in for the injured Neil Walker) hit an RBI single. Almost every Met joined the party last night except Michael Conforto. Conforto went 0 for 4 and came up in the fourth inning with bases loaded and two outs and popped out to short. He threw his bat in disgust. He’s really struggling.

Reed Ain’t Perfect: Addison Reed gave up an RBI double to Scooter Gennett in the 8th inning. He’s been untouchable all season. Terry pitched him two innings on Wednesday and brought him back out on Thursday. Why? I guess Terry wants to kill him? Insanity.

Smashed Heart: Pray for Walker. He got hit in the heart/chest by that hard hit liner in the 7th inning. Supposedly he’s fine other than the fact that he’s developing a bad case of the Murphs in the field. I wish his bat would develop Murphy syndrome and he’d hit .400.

Trade Chip: Outfield prospect Brandon Nimmo is hitting .325 in Vegas. After his early season foot injury he’s really taking off in the minors. In last night’s Vegas game he went 3 for 5 with two home runs. Honestly, I think he’s going to be the trade chip the Mets push on teams if they look to make a big time upgrade to replace David Wright. Juan Lagares is signed through 2020 and Conforto is under team control through 2021. I’m not even going to entertain the notion that the Mets won’t give Yoenis Cespedes the 6-7 year contract he deserves when he opts out at the end of the season. If the Mets let Yo walk obviously we all need to riot. But assuming the Mets have those three outfielders signed long term, there’s really no room for Nimmo at the ML level. So it would make sense that Nimmo would be the guy they shop. We shall see. I’m not saying we should trade him. I’m just saying it could make sense for the right return.

Local Guys: Speaking of young studs, the Mets drafted Justin Dunn from Boston College with the 19th pick in the Amateur draft yesterday and then with the 31st pick (the Murph compensation pick) the Mets grabbed lefty Anthony Kay from UConn. And both of these guys are from Long Island. In fact Kay went to the same high school as Steven Matz. I love the move to replenish the farm with arms after we dealt so many at last year’s deadline. And I love that we snagged a couple of local dudes. Plus college arms tend to be more advanced. Hopefully they are on a slightly accelerated ML track.

Today: The Mets have Matt Harvey on the mound today against the stinko Brew Crew. Supposedly Kelly Johnson will finally be here, and I’m guessing he draws a start right away. What the hell is with all these incredibly slow post trade arrival times? James Loney seemingly came to the Mets by horse drawn carriage. And now Kelly Johnson takes two days? I feel like he’s being escorted to Milwaukee in a Presidential motorcade going 5 MPH and waving at everyone he passes. Let’s roll on the Brewers.

2 thoughts on “Playing Milwaukee Is The Best”