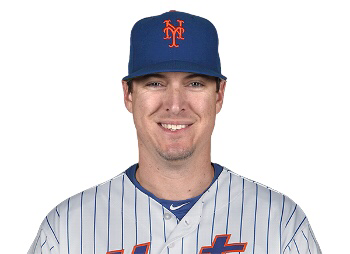 This game felt like a certain loss. Julio Teheran basically shut the Mets offense down. But it was 4-2 in the 8th inning, the stinky Braves made a fielding error, and that opened the door for the Mets to have a big inning. The Mets took full advantage of the opportunity the Braves gave them and scored 4 runs. Boom. Just like that the smoking hot Mets kept their winning streak alive. They’ve won 6 in a row and 15 of 19.

Please Stay Strong: Robert Gsellman pitched 5 innings and gave up 4 runs on 7 hits. It was an underwhelming performance where he gave up a solo homer to Matt Kemp in the second inning and then 3 runs in the 5th inning. He undoubtedly kept the Mets in the game and with the offense as hot as it is the performance wasn’t devastating. But we need these young guys to continue to stay strong. I don’t see Jacob deGrom or Steven Matz coming back until the end of the month. It’s fully up to these new young arms to keep us in games if we’re going to win this Wild Card spot.

Curtis’ Comeback: In the 6th inning after Gsellman had just given up 3 runs, Curtis Granderson gave the team a lift with a two-run shot to make it 4-2 Braves. He’s finally picked things up here in the final month of the season. Honestly the timing couldn’t be better in terms of boosting our chances in 2016 and for his trade value. With a strong finish the Mets may actually be able to trade him for another useful piece assuming they want to do that and make room for Michael Conforto in center field. I certainly don’t want to get rid of Grandy just for the sake of a salary dump. Only if it makes the team better.

Capitalize On Mistakes: Julio Teheran came out of the game after 6 innings. In the 8th inning, the Mets finally had the opportunity to expose the Braves pen. Mauricio Cabrera walked Alejandro De Aza and then Jose Reyes hit a chopper up the middle right at shortstop Dansby Swanson. If it wasn’t Reyes on the base paths it’s a routine double play. But the out at second should have been a given. Swanson booted the ball and everyone was safe. And from there the Mets took advantage/the Braves gave them a bunch of other chances. The Braves proceeded to walk Asdrubal Cabrera to load the bases for Yoenis Cespedes. Yo hit a sac fly to make it 4-3 Braves. Then Grandy singled to score another run which made it 4-4. Then Kelly Johnson roped a double to right field to score another run. The Braves intentionally walked Jay Bruce to load the bases again. Then they brought in Jose Ramirez to face Michael Conforto, and he hit him with a pitch to force in a run and make it 6-4. The Mets weren’t able to blow the game open because Travis d’Arnaud and De Aza struck out back to back to end the inning.

Team Automatic: Those 6 runs were all the Mets needed. Addison Reed and Jeurys Familia (aka Team Automatic) locked down the 8th and 9th for the win.

Prep For The Playoffs: Jacob deGrom and Steven Matz went from shut down to supposedly throwing and getting ready for a return. The Mets smell the playoffs, and they’re getting their boys ready. I’m sure by the final week of the season they’ll have them ready for a tune-up start if it’s looking likely that we’ll win the Wild Card.

The Knee: Asdrubal Cabrera can barely walk out there. Pray for him.

Today: Bartolo Colon pitches today because Seth Lugo apparently has a blister and needs to give it an extra day. Bart is a freaking machine.