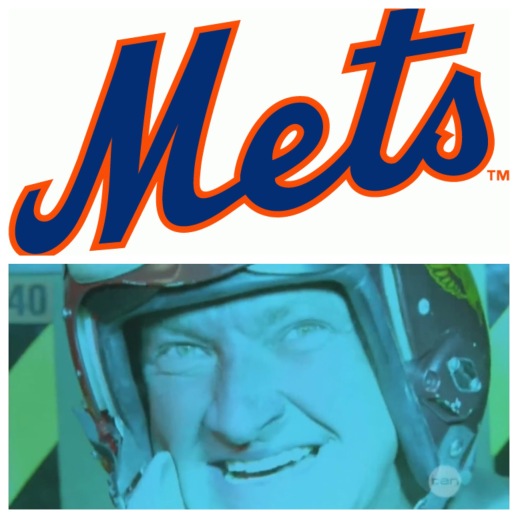 The Mets have won 11 of 15. Clearly the team’s play has been trending upward for a couple of weeks now. But this was the series that sold me on our Wild Card chances. We finally beat Washington, and we did it without our elite well-known starting pitchers. Instead we beat Washington with new young arms and some old bats we’ve been waiting to hear from again.

Grandy Is Back: In the first inning Jose Reyes walked and Asdrubal Cabrera singled. Then with Yoenis Cespedes up the runners advanced on a wild pitch. Yo ended up striking out but Curtis Granderson came through with a sac fly to make it 1-0. In the third inning, Cespedes hit a bloop single to right field with two outs and Grandy followed that by launching a two-run homer to make it 3-1 Mets. Grandy having a big time September could be the lift this team has needed on offense.

Teuf Is Back: In the second inning Jay Bruce singled. With two outs Seth Lugo singled and Jay Bruce was thrown out trying to advance to third base. It seemed like Tim Teufel was the one who told Bruce to try and take third base. If so it confirms what we already know about Teuf. He’s had a rough season as third base coach. If Bruce made the call it was a bad decision. I have no clue what happened because ESPN didn’t talk about it, and they also didn’t show a decent replay. He kind of seemed safe on the play. But ESPN was too busy talking about other unimportant BS to focus on a key play in the game.

Bruce Is Back: Jay Bruce made up for his base running blunder in the 6th inning when he launched an opposite field two-run home run to make it 5-1 Mets. He had two hits in the game and is 8 for his last 19. He has completely started to take off since his rough start as a Met.

The Dumbass Media Is Back: Also the media is really so goddamn calculated. Today a story dropped that Bruce asked the Reds to trade him to any team other than a New York team. The Mets have the first feel good weekend in a long time and the media doesn’t even want to let them have the moment. It’s also absurd that they feel the need to push the negative stories. Have they paid attention to the Mets news cycle at all this season? Don’t they realize something terrible will happen this week that will eliminate the good vibes anyway?

Young Pitching Is Back: Seth Lugo was fantastic last night. He pitched 7 innings and gave up 1 run on 6 hits. He made one mistake to Danny Espinosa when he served up a solo homer in the second inning. Lugo’s curveball is incredible to watch. Mike Petriello from MLB.com talks about how Lugo’s curve spin rate is one of the highest recorded since they started using the Statcast system to document spin rate a year ago. So yeah it’s nasty.

It’s really exciting to see these young guys step up, and I hope it continues. Obviously Robert Gsellman, Seth Lugo, and Rafael Montero have only made a few starts and their performance could take a downward spiral at any moment. But the cushy soft schedule presents a great opportunity for all these young arms to succeed. It’s interesting that this new wave of young arms tends to pitch to contact while relying less on strikeouts yet they still have hard fastballs and sharp secondary stuff. I like a little variety.

Reed/Familia Never Left: Addison Reed and Jeurys Familia shut the Nationals down in the 8th and 9th as we’ve come to expect. They sealed the 5-1 win and the series win.

Soup Is Back: The Mets announced their next wave of 40 man roster call-ups. Matt Reynolds, Gavin Cecchini, Brandon Nimmo, T.J. Rivera, Eric Campbell, Josh Edgin and Erik Goeddel will all join the team. As long as Soup is just here to warm the bench it’s fine by me. I’m sure Terry will start using some horrific James Loney/Soup platoon at first base.

Today: The Mets open a series against the Reds in Cincinnati. Screw the scheduling people for giving the Mets the 8pm Sunday game of the week and then a 1pm Labor Day Game in Cincy. I guess I’ll give them a pass since the September schedule is actually really easy overall.

One thought on “Hello League! We’re Back!”