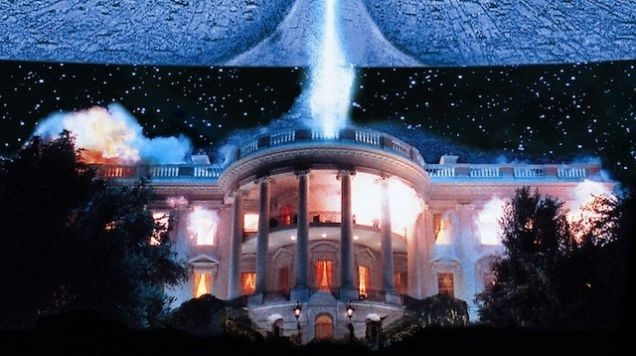 Young Stud: Steven Matz is reaffirming his young ace status with each and every start this year. The Nationals really didn’t even have an opportunity to score in this game. They got two men on in the second inning, but Matz got out of trouble. In the 7th inning Clint Robinson hit a two out single, Bryce Harper came up as a pinch hitter, and Matz retired him with ease. Matz pitched 8 scoreless innings, gave up just 4 hits and struck out 7. It was just a day of complete and utter domination on the mound.

Captain Solo: David Wright hit a first inning solo home run. After Harvey’s struggles yesterday, it was real nice to see the Captain come through and to see our young ace get us back on track.

Murph’d: In the 7th inning, Neil Walker hit a leadoff single. Then our new Murderers’ Row came up. Matt Reynolds grounded into a force out. Then Eric Campbell hit another double play ball and Daniel Murphy finally Murph’d! He booted the ball and everyone was safe. Rene Rivera took advantage and singled to drive in Reynolds. Murph giveth, Murph taketh away. That’s Murphball baby.

Familia Phew: In the 9th inning, Jeurys Familia gave up two straight singles to Jayson Werth and Daniel Murphy. But then he retired, Ryan Zimmerman, Anthony Rendon, and Wilson Ramos. Sheesh. My blood pressure was skyrocketing.

Vintage 2015 B.C. Mets: So this game was classic 2015 B.C. (Before Cespedes) Mets. Starting pitcher needed to throw a complete game shutout. Matz came as close to that as a guy can. I’m looking forward to when we beef up the roster with some late season acquisitions because the bottom line is this Nats team doesn’t look special. Things certainly change over the course of the long ass season. But the May Nationals don’t intimidate me that much. This is our division to win.

Dusty Needs A Mental Health Day: Unless I missed a postgame press release, my understanding was that Dusty Baker benched Bryce Harper in this game to give him a mental health day. Let me repeat that. Dusty Baker benched last year’s MVP against his chief division rival in a rubber game at home to give him a mental health day. What?!? That is completely and utterly bananas. Imagine Terry sat Yoenis Cespedes for this game or during game 3 of the Citi Field Nats series? There would have been riots in the streets of Panic City. I don’t care how much Bryce may or may not be slumping. You give him a break against any team other than the Mets. It might not have mattered with the way Matz pitched. But thanks for the pass Dusty.

Stenosis For All: Asdrubal Cabrera left the game before ever taking the field with…back spasms. Now that’s David Wright, Lucas Duda, Bartolo Colon, and Asdrubal Cabrera with back problems. Do the Wilpons have these guys sleeping on hard plywood boards in rented U-Hauls during road games? What the hell is going on? Can somebody get these guys orthopedic back pillows for the flights? This is insane. They’re all going down like flies. Despite all these injuries, this team keeps chugging along and winning games. Credit goes to Terry. Credit goes to the guys who have stepped up on the 25 man roster.

Spasms Are Cool: In all seriousness, spasms are cool. Spasms, tweaks, cramps, strains, soreness, and fatigue all work for me. Those words don’t derail seasons. Other words derail seasons. Types of injuries that should not be printed in blog posts. Bring on all the spasms and cramps baby. We can handle cramping. Just pray we avoid the bad word injuries.

The Anti-Stopper: One last word on Matt Harvey. He’s starting next turn in the rotation so it’s pointless to really say anything. Here’s my beef. We are winning and having fun doing it despite all these injuries. Matt Harvey’s problems are a source of negativity. Most of all, he hasn’t been giving the team a chance to win. In a way, he’s become the anti-stopper. When he takes the mound, the fans (and probably the team) feel like he’s going to get rocked at any moment. I understand that he wants to work his issues out against big league competition, but let’s not put the team in a bad spot week after week just so Matt can have some kind of moral victory.

Tomorrow: Day off for the Mets on Thursday. This was a big series win for this team. They stepped the hell up on the road and split the first 6 games against the Nats. Now the Dodgers come to town. But I will be savoring this victory for sure. 24 hours of victorious bliss.