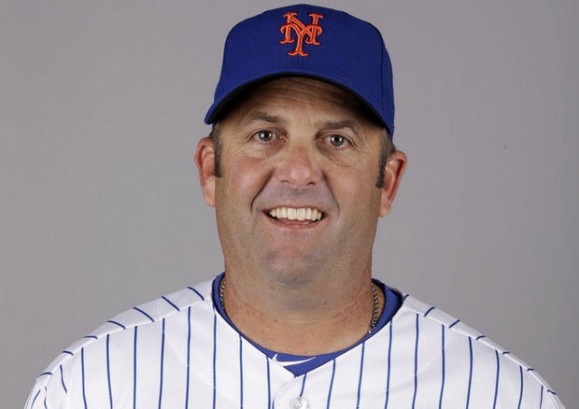 I fully expected the Mets managerial search to be a farce. I assumed it would play out like everything does during the offseason in Flushing. The media will report that the Mets are “expected to speak to” or “interested in” [insert coveted coach] but they won’t land any of those candidates. Instead they’ll hire the first internal candidate to raise his hand and work for nothing. At the moment that’s Kevin Long.

And before I give an update on all the “progress” that has been made in the Mets managerial search, I want to make something clear. I don’t have a problem with Kevin Long as a candidate. He’s a respected hitting coach. He told Curtis Granderson and Daniel Murphy to hit the ball in the air and ideally out of the stadium, and they both became really good at that. I guess that makes him a genius.

I’m pissed because: 1) It’s bananas that the Mets would consider promoting an internal candidate after the horrendous season they just had. 2) We all assumed before Terry Collins was fired that the Wilpons would probably replace him with a loyal internal candidate. They’d promote a loyal potted plant from the clubhouse before they’d consider an external candidate who might question the way they run things in Flushing.

With all those initial candidates dropping out, here is the rumored list of confirmed interviews:

Mets are planning about six interviews, expect to be done with first round this week. The known list: Long, Cora, McEwing, Acta, Callaway.

Just in case you lost track, that leaves Kevin Long as the only candidate to actually interview so far in this “extensive” managerial search. I see the Long promotion as inevitable. That being said, it’s almost pointless to debate the next manager since all managers suck eventually. Joe Girardi won a World Series in 2009 and Yankees fans seemingly don’t like him. Joe Maddon won last year and everyone is complaining about his decision making in the playoffs this year.

These managers are all replaceable. Ten years from now in this age of big data and automatization, one robot baseball manager will be able to do the job of four humans anyway. And even the robot skipper will still screw up challenges and bullpen decisions in big spots and be hated by the fans. As long as the Mets don’t re-hire Ray Ramirez as the next manager I’ll be fine with the decision. Let’s just focus on adding talent to the roster.