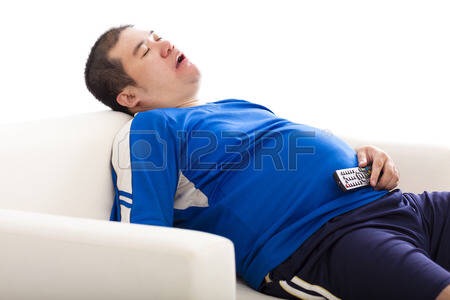 I had dinner plans last night, and the restaurant had no TV. I figured I’d miss 80% of the game and occasionally tune out during the meal to get the game highlights on my phone. I never would have thought that by the time I returned home I’d have three hours of baseball left to watch.

Dinner Recap: At the restaurant I let out a frustrated grunt and aggressively dipped my bread in oil when Robert Gsellman gave up a first inning grand slam to Marcell Ozuna. I pumped my fist and ordered another cocktail when Travis d’Arnaud drove in 3 runs with a triple and Curtis Granderson added an RBI single to tie the game in the second inning. And yes I watched replays at the table of Yo’s third and fifth inning solo shots and the Wilmer Flores third inning solo job.

Gsellman And The Stinky Josh: The lead didn’t feel safe. It felt like Gsellman was a risk to fall apart at any time, and the bullpen has been used so much lately I figured every arm was a liability to some degree. The Gsellman meltdown occurred in the 5th inning. By the time Terry woke up and pulled him from the game it was 7-6 Mets. Then instead of turning to Jerry Blevins to face a big lefty in a pivotal spot, Terry went with stinky Josh Edgin who gave up two runs on two hits. I’ve seen enough of Edgin. He’s officially the worst lefty in the pen and the stinky Josh. He needs to go.

I’m Back: By the time I made it home it was the top of the 7th. Yoenis Cespedes had reached base on a wild pitch strikeout, and he advanced to second on another wild pitch. With two outs Jay Bruce hit a single to left field and Yo decided to challenge Marcell Ozuna’s arm and try to score. He was initially called safe but the play was overturned upon replay review.

To Hell With MLB And The Yo No Hustle People: My only thoughts on that play are:

Early Hero: In the 8th inning with two outs Travis d’Arnaud singled up the middle and then Michael Conforto came in as a pinch hitter. He launched a clutch game tying pinch-hit triple. Play the man. It’s that simple.

The Pen Is Dead: From that point on the Mets offense shut down, and we got to watch all the relievers destroy their arms in April. Fernando Salas went two innings, Addison Reed went two, Tommy John guy Josh Smoker went three innings and Hansel Robles went two innings and made his fourth appearance in a row. Unbelievable performance by all of these relievers but Jesus Christ they must be shot. We’re going to need some reinforcements and a few complete games from our starters to help revive them.

Late Hero: I went to bed after the top of the 15th inning for the good of the team. I knew that if I stayed up Robles was going to blow the game, but if I slept there was a chance we’d hit a go ahead homer. I made the right call because Travis “Four Hit” d’Arnaud crushed a game winning solo shot in the 16th inning. I’m still shocked we won. I feel like we always come out on the losing end of those marathon extra inning games. Big win.