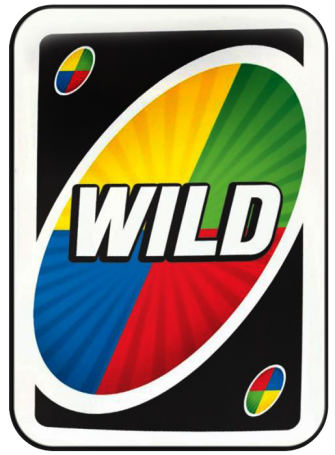 The Mets have made the playoffs for the second year in a row. The Mets have achieved two straight playoff appearances for only the second time in franchise history (the other being 1999, 2000). We went into the season hoping for the NL East crown and a World Series Championship. After a hot April the Mets proceeded to play mediocre baseball for roughly four months and lose key player after key player to injury. They failed to produce with runners in scoring position at historically bad levels. The entire young pitching staff that carried the team to the 2015 World Series fell victim to some type of arm injury. But despite all those problems, the Mets went on to be the hottest team in baseball over the final month. They took advantage of a Giants collapse and won all their “meaningful games in September”. Wild Card playoff, here we come!

Early Scoring: In the fourth inning of yesterday’s clincher, T.J. Rivera hit a clutch two out RBI single to give the Mets a 1-0 lead. In the fifth inning, after a Travis d’Arnaud single and a sac bunt, Jose Reyes hit an RBI single to make it 2-0 Mets.

The Lock: In the bottom of the fifth inning, Maikel Franco singled off of Bartolo Colon and Ryan Howard came up in an obvious game-tying home run situation. Lock of the century. Every Mets fan felt it coming. Right on cue he put one in the seats to tie the game at 2.

The Unexpected: In the 6th inning, James Loney broke the tie with a two out two-run homer to make it 4-2 Mets. Loney smiled at the Mets dugout and gave the bat a drop flip. I thought the Phillies were going to retaliate in some way, but luckily they let it go. Hopefully it’s a sign that the game is moving past the bat flip retaliation crap.

The Fusion: In the 7th inning, Darin Ruf hit a pinch hit solo homer off of Fernando Salas to cut the Mets lead to one run. For some reason Darin Ruf and Cameron Rupp just blur together in my mind as one large bearded Philadelphia baseball player.

The Umpire BS: In the 9th inning Asdrubal Cabrera added a huge two out insurance RBI single to give the Mets a 5-3 lead. Jeurys Familia slammed the door in the 9th and that was the final score. But right after the Cabrera single, Yoenis Cespedes came up and was called out on strikes. Yo had a rare awful day at the plate. He went 0 for 5 and hit into some double plays. So obviously the tension was bubbling up for Yo at that point. But the umpire had an awful zone the entire day. And the strikes he called on Yo were awful borderline pitches. Yo had words for the umpire after the K and the ump instantly tosses him. All I have to say is this. I don’t really care what Yo said. If an umpire tosses a team’s best player because the guy said a few curse words over some questionable strike calls then that umpire needs to be banished from the sport. Pathetic disgraceful display by the home plate umpire yesterday.

One Note On Terry: I think it’s absurd that everyone feels the need to take an extreme view on Terry. For some reason when it comes to Terry Collins people seemingly have one of two stances. Either they say “he’s a great manager and his players love him” or “Terry is a moron who doesn’t know how to make the right in-game managerial decisions”. Umm it’s both people. Terry kept this team playing hard for 162 games and deserves credit for that. Terry also blew a bunch of games over the course of the season due to poor decision making. It’s both. I just hope nobody ever likens my parenting skills to Terry’s managerial skills. The Metssiah is terrible at the day to day parenting decision-making but his kids will run through a wall for him.

Wild Card Thoughts: I’d prefer to play the Cardinals. I don’t care that they are heating up lately. I don’t want to face Madison Bumgarner in a do or die playoff game. Nobody in their right mind wants to face MadBum. But I think we all know it’s going to be the Giants and MadBum at Citi Field on Wedneday. Noah Syndergaard vs. Madison Bumgarner feels like the matchup MLB would want. We’ll see what happens today. But whether the Mets play the Cardinals or the Giants, I assume both teams will shake off their regular season flaws and play like the classic National League clubs we all know. The Giants will do their inspired October magic routine and the Cardinals will channel their dark magic powers.

The MadBum matchup isn’t ideal considering he’s a lefty and our lineup is full of lefty sluggers but the more I think about it the more confident I become. Jose Reyes has been mashing as a right-handed hitter and is 3 for 9 lifetime against MadBum. Asdrubal Cabrera (2 for 4 lifetime) and Curtis Granderson are both en fuego and can hit anyone right now. T.J. Rivera went 2 for 3 against him when he faced him. Yoenis Cespedes is 3 for 10 lifetime against him. Rene Rivera hit a homer during the season against him. He’s not an ideal matchup for Lucas Duda and Jay Bruce but they are professional hitters. I think they’ll step up in the big spot.

Today: I’m going to enjoy the hell out of this meaningless game 162 today. No pressure. No worries. Rest and relax. Let’s go Mets!