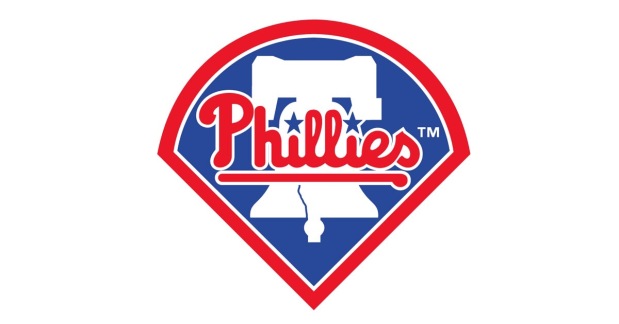 The Mets concluded one of the most emotional series in recent memory by winning last night’s rubber game against the Marlins. Seth Lugo gave the Mets another decent outing, Jay Bruce continues to show his previously lost power, and Curtis Granderson reached base five times. After watching some of the video from the Jose Fernandez funeral on Wednesday, I’m honestly amazed the Marlins were able to suit up and take the field for these games. I really wish they could just call it a season a focus on grieving. I’m happy the Mets handled this series the right way, and now they can focus on finishing strong against the Phillies.

Which brings me to my next point. The Mets better watch their damn backs.

Phillies players held a meeting to refocus. "A lot can happen in four days," Cam Rupp said. "We can ruin somebody else's season." #Mets

The Phillies are horrible and have nothing to lose. They basically said they’re coming for us. The Mets better keep their heads on a damn swivel. Terry better wake the hell up. Watch out for dirty pitches, late slides, and every other form of cheating that the Phillies can use this weekend in the hopes of ruining our chances of clinching this Wild Card playoff berth. Protect Yoenis Cespedes. Double the number of pads on Yo’s elbow and have Ty Kelly and Eric Campbell guarding him at all times since they serve no other purpose.

Loney In, Duda Fine: Lucas Duda was supposed to start at first base last night, but he was scratched with back soreness. It’s unfortunate because Terry had just appointed Loney his special assistant in charge of reminding him to pinch run for slow guys. I’m sure Duda’s back is fine. The Mets promised he was fine when they rushed him back from the DL, so I obviously believe them. They never lie about injuries ever. Anyway, it worked out because James Loney hit a two-run homer in the second inning to tie the game after Lugo had surrendered a two-run shot to Martin Prado in the first inning.

Lugo: Seth Lugo pitched 5.1 innings and other than the two-run homer to Prado he was fairly effective. He walked three Marlins and gave up five hits. He was definitely forced to escape a few jams. People were angry with Terry for his quick hook because Lugo had a low pitch count when he was removed. In theory I agree that Terry should have left him in the game a bit longer. But I also read that fatigue has been an issue with Lugo because he was previously a reliever. In this particular case I trust Terry. I assume he had some insider knowledge. It worked out because the pen shut the Marlins down. Seth Lugo also had some nice ABs and added a two out double in the fourth inning. Jose Reyes drove him in with an RBI double of his own to make it 3-2 Mets.

Bruce is Loose: In the fifth inning, Curtis Granderson singled and then Jay Bruce followed that with a two-run homer to make it 5-2 Mets. Fans can sit there and debate all day whether Michael Conforto was “cheated” out of ABs while Bruce was struggling. The bottom line is what I said weeks ago. Bruce is an established streaky veteran slugger, and he was on an ice cold streak. The Mets were always going to continue playing him in the hopes that his bat would heat up during the final weeks/the playoffs. Well it looks like that’s actually happening.

Hot For Grandy: Curtis Granderson had four hits and a walk in this game. A hot Grandy is one of the most welcome sights of the season. Grandy is getting on base and Bruce is rediscovering his power stroke while hitting behind him. I like the sound of that.

Loving This .350 Thing: T.J. Rivera had another hit last night. I must say, I’m a big fan of his whole guy batting .350 thing. He’s been mashing for around 100 ABs now, and he hasn’t slowed down much. I really hope he continues to rake. At least keep it up in the short term. That would be oh so sweet.

Unlimited Innings: Hansel Robles, Fernando Salas, Addison Reed, and Jeurys Familia shut down the Marlins. Fernando Salad has been fantastic since his arrival. Salas/Reed/Familia are all among the league leaders in innings pitched out of the pen. Pray for their arms. We need them now more than ever.

Bartolo Shagging Fly Balls: Bartolo Colon supposedly has a strained tendon in his foot and before last night’s game he was in the outfield shagging fly balls. Next thing you know the Wilpons will be challenging Tolo and Thor to a pickup basketball game. Ummm let’s keep the non-pitching activities to a minimum okay Tolo?

I Like It: The Mets need to handle their own business this weekend. But the Dodgers play the Giants and they are shooting to have a better record than the Nationals so they can have home field advantage in the NLDS. The Cardinals play the Pirates, and I have to believe the Pirates will be extra bitter this weekend considering the letdown this season has been for them. Nothing is guaranteed but I like these matchups. I like our chances.

The Thor Debate: Terry actually said before the game that he was debating whether he’d prefer Noah Syndergaard on the mound in a road Wild Card playoff game or some other pitcher going at Citi Field. Let me clear this one up for you Terry. You go with Thor. Sometimes I feel like I’d rather have a random Mets fan in the stands making the big decisions. Moron.

Tebow: In Tim Tebow’s first at-bat in the instructional league he hit an opposite field homer off of a left-handed pitcher. In his second AB he grounded out. In his third AB he ascended into heaven and is seated at the right-hand of the Father.