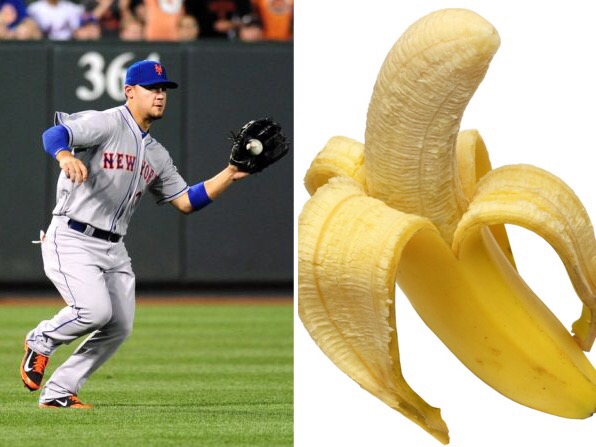 Let me start by saying I fully understand the Mets current predicament. Yoenis Cespedes is playing injured. His legs are sore, and he has stated openly and on the record that playing center field has contributed to his leg problems. As a result of that assertion, the Mets have no choice but to accommodate Cespedes’ request and play him more often in the corner outfield to keep him in the lineup.

I also understand the notion that Cespedes isn’t really a true center fielder, and according to the advanced defensive metrics he hasn’t been that great defensively out there this season anyway. Therefore, if we were willing to play Yo in center field and sacrifice defense, why wouldn’t we be willing to try someone else out there and make a similar sacrifice? I get how someone could come to that conclusion. Unfortunately, that conclusion makes no sense when the “someone” we plan to use in center field is Michael Conforto.

Michael Conforto in center field just feels like something the Mets would try and completely bungle. It’s so Mets. My biggest concern with even entertaining the notion of Conforto in center field is he’s 23 years old, never played the position, and just got sent down to the minors for hitting struggles. Hitting is supposed to be his strength. Hitting is what comes natural to him, and he’s struggled with that at the major league level in 2016. And those struggles are completely understandable for a young player. Now we are going to ask him to figure out hitting as well as learn a position that requires arguably the most athleticism of all the places in the field? It’s borderline unfair to ask Conforto to learn a new position when he’s still learning to hit MLB pitching.

I’m not saying Conforto wouldn’t be able to eventually succeed in center. But this just reeks of a failed Mets experiment that sets a young player’s development back. Let’s teach Jose Reyes a different running style! Let’s move Reyes to second base and make room for Kaz Matsui! For God’s sake, Lucas Duda still wakes up in cold sweats after having nightmares where he’s hurriedly retrieving balls in the left field corner as runners are rounding third and heading home. The Duda outfield experiment screwed with Lucas at the plate, and as a result it took years for the Mets to see what he was fully capable of in the batter’s box. But Conforto in center field sounds great. I’m sure it’ll be different.

I get that Curtis Granderson can’t effectively play the position anymore. He can’t cover the ground in center and doesn’t have the arm. Unfortunately, this whole outfield debacle really exposes one big issue that we’ve all been ignoring/pretending doesn’t exist. If Cespedes opts-out and the Mets pony up the dough to keep him, they have to trade Curtis Granderson for a player that fits better on this roster. I love Grandy. He’s one of the best players on the team and a class act off the field. I don’t want to get rid of him at all. But if Yo can only play the corner then there’s no place for Grandy.

As far as this season goes, there’s only one real answer. If Cespedes can only play center field once or twice a week, then Juan Lagares gets the rest of the starts. That’s the only real option. I realize the plan was to have Juan platoon against lefties. Well throw that plan out the window because having Cespedes in the lineup is the only thing that matters.

Frankly, I’m not quite sure why this is even being made out to be an emergency situation. Michael Conforto wasn’t hitting when he was demoted. We crowned him as our number three hitter before he even had a chance to get fully acquainted with big league pitching. But he’s struggled this season, so why are we rushing to reconfigure our defensive alignment to “get his bat in there”? We’ve tried every configuration imaginable this season, and the team has still failed to produce with runners in scoring position.

The idea of giving Juan Lagares more at-bats and starting him more often in center field down the stretch doesn’t scare me at all. I actually like the idea of prioritizing defense the rest of the season. Our young studs are pitching through elbow bone spurs. Matt Harvey is out for the season. That should mean strikeouts will be down and more balls will be in play. Let’s see how many runs Lagares can save with a healthy throwing arm (let’s just pretend he has two healthy thumbs). Let’s not forget the Mets paid Lagares. We need to determine if he really is the future full time center fielder who will be flanked by Conforto and Cespedes for years to come. There’s no better time to assess that than the present.

One thought on “Michael Conforto in Center Field Is Bananas”