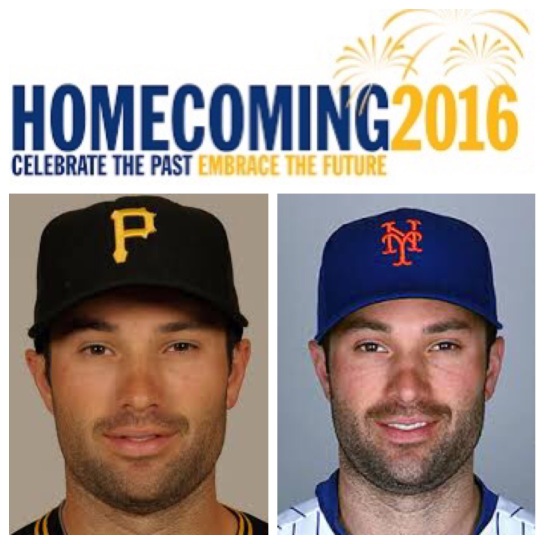 The Jon Niese for Neil Walker trade was a good old fashioned need for need swap. More often than not, we see trades that involve prospects for a stud or salary dumps. This was a rare situation where the Mets wanted a new second baseman and the Pirates wanted a middle of the rotation starter. So far both players have performed as expected. Jon Niese hasn’t had his annual month long injury yet, but I’m sure it will come soon. Walker is a born and raised Pittsburgh guy, and I’m sure the Pirates will treat him right for this three game set despite failing to pay him the contract that he felt he deserved. I’m sure Neil Walkyear will continue to produce for the Mets this year, and then leave for a lucrative offer from one of the Mets rivals like Daniel Murphy did. He’ll get the last laugh when it comes to getting paid. That’s a lock. As far as Niese goes, the Pirates will probably reluctantly pick up the option on his contract because his performance is just good enough to warrant the salary.

The Pirates are sixth in the league in runs scored and fourth in OPS. The Pirates are 15th in the league in team ERA. Their bullpen has been particularly stanky coming in at 22nd in ERA. If the season ended today the Mets would face the Pirates in the NL Wild Card playoff game. The Mets lost all six games against the Pirates last season. Beating up on the three NL East bottom feeders is great, but it won’t be enough this season if the Nationals keep playing the way they are playing. The Mets really need to make a statement in this series and remind the Pirates who represented the NL in the World Series last year. Plus, the Pirates just lost 2 out of 3 to the awful Angels in Pittsburgh and before that they dropped 3 out of 4 to the Marlins in Miami. They are stumbling and now is as good a time as any for the Mets to pounce on them.

Jon Niese appears to be having a classic Jon Niese season. He’s 5-2 with a 4.36 ERA and he’s surrendered 12 home runs. He had a strong May however going 2-2 with a 3.82 ERA. He fired 4 quality starts in his 5 outings. His only mediocre start was against the Cubs. His last time out against the Marlins he went 5 innings and gave up 2 runs. Notable Matchups: Curtis Granderson is 3 for 9 in the lefty vs. lefty matchup against Niese. Homeboy Neil Walker is 2 for 13.

Steven Matz is having one hell of a rookie season. In his last start against the White Sox he uncharacteristically lost his composure in the 6th inning and got yanked after giving up 3 runs in 5.2 innings. He’s never faced the Pirates. I’m looking forward to when Jon Niese falls apart in the middle innings and Matz does not. I’m sure it will sting a lot when Niese very publicly shows everyone that he is the poor man’s Matz.

Juan Nicasio was a reliever on the Dodgers last season. He came over to the Pirates as a project for their pitching coach Ray Searage. So far Donald Trump would say it’s been a disaster. He’s 4-4 with a 4.75 ERA. In May he was 1-2 with a 6.75 ERA. Yuck. Hopefully the Mets crush him so he loses his spot in the rotation, and they call up prospect Tyler Glasnow who’s sitting on my fantasy team bench. That would kill two birds with one stone for me. Notable Matchups: Asdrubal Cabrera is 2 for 6 against Nicasio with a home run, James Loney is 2 for 11, Neil Walker is 3 for 10, and Rene Rivera is 2 for 4 with a home run.

Jacob deGrom is 3-1 with a 2.62 ERA in 2016. He’s just doing his silent ace thing. DeGrom dominates quietly like a damn ninja assassin. Last time out against the White Sox, he went 7 innings, gave up 5 hits, 1 run and struck out 10. He didn’t face the Pirates in 2015. Maybe that’s one of the reasons we lost every game against them last season.

Normally this would be a hot pitching matchup for the series finale, but Francisco Liriano has been struggling for the Pirates this year. After going 2-1 with a 3.86 ERA in April, he went 2-3 with a 5.34 ERA in May. Those May numbers are a little skewed by a horrendous start against the Cubs where he gave up 8 runs in 4.2 innings. Last time out though he got crushed by the Angels in Pittsburgh. He went 3.1 innings and gave up 10 hits and 7 runs. Most of the season however, he’s been rocked on the road (7.09 ERA) and stellar at home (3.14 ERA) so he’ll probably be tough in the finale. Last season he pitched 6 innings against the Mets in Pittsburgh and gave up a run while striking out 12. Notable Matchups: Asdrubal Cabrera is 12 for 24 lifetime against Liriano with a home run, Yoenis Cespedes is 1 for 15, and Curtis Granderson is 6 for 32 with a home run.

Thor faced the Pirates at PNC last year. He went 6 innings, gave up 4 runs (only 1 ER) and struck out 5. I expect the Lightning Lord to continue to wreak havoc on the Pirates as he’s done with every other team.

Korean Star: Jung Ho Kang is hitting .280 with 2 homers in his last 7 games. Remember when the Mets could have signed him for basically nothing a year and a half ago, but we passed and elected to use Ruben Tejada again? Well whatever it’s not like we need a versatile infielder.

Outfield Of Dreams: The Pirates outfield is so goddamn elite. Starlin Marte is hitting .326 with 5 dingers, Gregory Polanco is hitting .308 with 9 dingers, and Andrew McCutchen has 9 long balls. He’s only hitting .250, but he’s a perennial MVP candidate, and he’ll take off eventually. It’s always exciting when you get a chance to watch the best players the game has to offer and the Pirates outfield has three of them.

So Short We Forfeit: Juan Lagares‘ status is still up in the air. Asdrubal and Cespedes are a little banged up. The Mets roster is a damn injury train wreck. Honestly, this reminds me of Little League when a game was being played on a holiday weekend or something and a bunch of kids couldn’t make it. I feel like we are going to show up to PNC with six position players, and we are going to have to forfeit. Then we’ll just borrow three Pirates players and play an exhibition game. Then everyone will get ice cream after the game. Sounds fun!

I Hate His Damn Face: Francisco Cervelli was a nobody before 2013 and in 2014/2015 he morphed into one of the better catchers in the game. He’s a known cheat who served a 50 game suspension in 2013 for steroids. In all likelihood he “morphed” thanks to his involvement in the Biogenesis steroid scandal. I hate him, and I don’t like his face. He’s got that smug Yankee smile, and it makes me sick. He’s actually not really having a great season in 2016, but screw him anyway.