The Mets did all of their scoring in the first inning of this game. Obviously it all came on long balls. David Wright hit a solo jack. Yoenis Cespedes hit a two run blast and then Lucas Duda followed that with a solo bomb. The Cespedes/Duda back to back jacks were the fifth time the Mets have done that in 2016, and it made it 4-0. I can’t remember a season where the Mets hit back to back jacks so frequently.

The first inning batting practice home run show was all Bartolo Colon needed tonight. He pitched 8 scoreless innings and struck out seven Braves. He took an absolute dump on this squad of jokers. Bartolo has faced more adversity during simulated games in Port St. Lucie. Colon passed Pedro to move into second place on the all time Dominican pitcher wins list with his 220th career victory.

Sexy Moment of the Night: Bartolo hit a foul ball with an exit velocity over 100 MPH. Sex machine status.

Put A Ring On It: Before tonight’s game, Jeff Wilpon stopped by the Braves clubhouse and gave Kelly Johnson and Eric O’Flaherty NL Championship rings. I completely understand Kelly Johnson getting an NL Championship ring. The guy was a major contributor after the trade deadline and in the playoffs. But Eric O’Flaherty got a goddamn ring? He doesn’t deserve a freaking orange and blue Ring Pop let alone a diamond studded NL Championship ring. The Mets would have been better off spending O’Flaherty’s ring money on extra Syndergaard Gnomes and appeasing some of the fans who showed up early and missed out on that giveaway. Instead, O’Flaherty is going to spend the next five years telling his Long Island Duck teammates about those 8 innings in the summer of 2015 when he consistently got rocked as a New York Met reliever.

Philly Ain’t Bad: It’s been obvious in the games we’ve played against them so far this season, but it’s worth stating again that Philly isn’t as bad as we all expected. Their pitching has surprised everyone. Through Sunday, the Phillies have won 6 in a row and 9 of their last 10. They are 15-10. Good thing the Braves are losing enough for the both of them.

Tomorrow: Matt Harvey goes tomorrow against the toilet Braves. Let em have it. 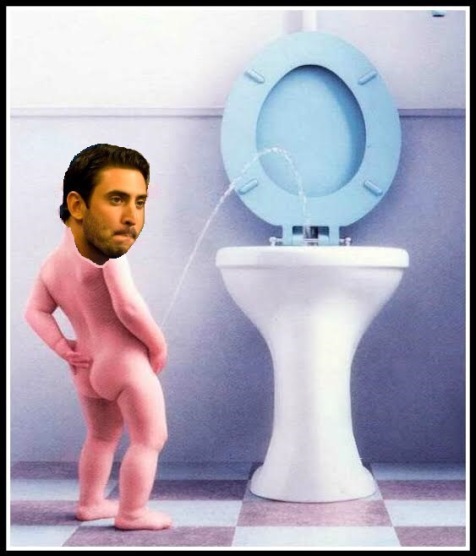