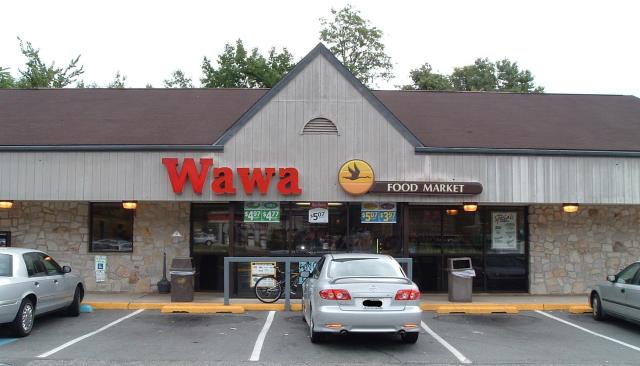 After a big road series win in Cleveland, the Mets head to Philly where they will try to keep the momentum going. Our offense is finally heating up. Philly just lost 2 out of 3 to the scorching hot Nationals, but they took the series finale in an extra inning walk off win. They beat their former closer Jonathan Papelbon. The Phillies are a young team, but so far this season they’ve shown they aren’t going to just accept the “we’re rebuilding” narrative. They won’t just roll over, so we need to force the issue and take it to them. We need to get some payback after that embarrassing home opening series.

On a related note, I was making my way through New Jersey this weekend, and I stopped off at Wawa for breakfast. I ordered a breakfast sandwich on a hoagie, and it was delicious. I’ve always wondered why Wawa never made it’s way into New York City. According to Wikipedia, in the 1990s the decision was made to abandon the franchised stores in New York as it was “too competitive”. I think Wawa’s approach to expansion really sums up the New York/Philadelphia sports rivalry quite well.

Game 1: Noah Syndergaard vs. Jerad Eickhoff. Eickhoff was good through five innings against us at Citi Field during the home opener. But we got to him in the 6th and chased him from the game after scoring a few runs. Michael Conforto and Curtis Granderson both hit home runs off of Eickhoff in 2015, and Conforto is actually 5 for 10 overall. He had a big RBI hit against him during the home opener. Unfortunately, the rest of the Mets have not fared so well against Eickhoff in his young career. After that dominant no-decision Thor got against Miami, it would be so nice if we could score him some damn runs.

Game 2: Logan Verrett vs. Vincent Velasquez. Velasquez has been dominant for the Phillies thus far. He’s a 23 year old pitcher the Phillies acquired in the offseason trade of their former closer Ken Giles. So far that trade has looked real good for them. He’s been throwing his fastball extra hard. Mid to upper 90s. He shut us out over 6 innings last week and had 9 strikeouts. He also recently struck out 16 Padres in a complete game shutout. But Logan Verrett was impressive in his first fill in start for deGrom against Miami. And we saw Velasquez once, so hopefully that will help us in this second go round.

Game 3: Bartolo Colon vs. Jeremy Hellickson. Bartolo may have lost to Velasquez last series against Philly, but he dominated in that game. One run over 6 innings with 7 strikeouts. That’s some sexiness right there. Last year Bartolo was 1-1 at Citizens Bank. Hellickson barely went 5 innings in his first outing against the Mets. Yoenis Cespedes and Neil Walker have had some success against Hellickson in their careers. He took his first loss of the season last time out against the Nationals. They rocked him, scoring 6 runs in three innings. Let’s hope we have similar success.

David Loves Philly: David Wright has the most home runs by a visiting player in the history of Citizens Bank Park. It would be tough for him to pull a Chipper Jones and name his first born child Citizens Bank. If it’s a boy, maybe he can go with Anthony Thomas Michael Wright and call him ATM for short.

We’re Going Streaking: Lucas Duda had a big two RBI hit in Sunday’s finale against Cleveland, but he’s off to a slow start. He’s hitting .205 with 1 double and no home runs. I can’t wait for Lucas to finally show up in May and hit .875 with 15 home runs. Then he’ll disappear for two months like Keyser Söze, only to reappear for a two week stretch at the end of the season to hit his other 15 home runs. He’s really Mr. Streak.

Fear the Reaper: Yoenis Cespedes is still a little sore after jumping into the stands during the series against the Marlins at home. He DH’d all weekend, but despite his soreness he had a lot of success at the plate going 4 for 12. Travis d’Arnaud got plunked on the elbow on Saturday, and it’s still bugging him. He’s expected back at some point during the Philly series this week. Despite those minor injuries and the Jacob deGrom lat issue, we have been running our full lineup out there to start the season. The gods have blessed us so far with good health, but not really good fortune as far as wins and losses. We need to stockpile the wins now while we have our health for as we all know Valar Morghulis.