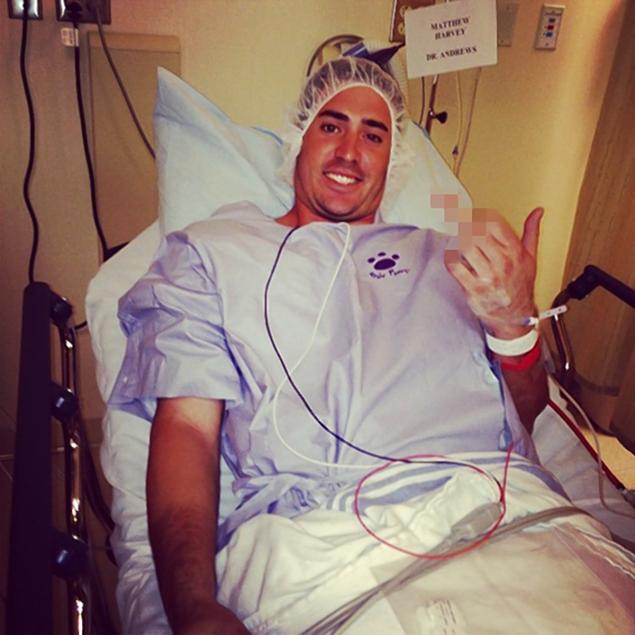 Vegas had “mystery illness” going off at 1:1 as the potential reason for why Matt Harvey would miss his Opening Day start. Ike “Valley Fever” Davis certainly bet whatever money he has left from his rookie signing bonus on that diagnosis. For our training staff, there is a little bit of “mystery” associated with every injury. That’s what happens when your head trainer takes “MRI pictures” with his iPhone 4 camera. But now that Harvey’s been diagnosed with a mystery illness, the official predictions stand at:

Apparently the injury is a “non-baseball medical issue”. First and foremost, my thoughts and prayers are with Matt. As I said earlier today, light your candles. I hope it’s something minor and stupid. Appendix? Tonsils? Bunion surgery?

When I saw that he was heading to the doctor this morning, and they said it wasn’t an orthopedist, I figured he was seeing his therapist. Just laying on the giant sofa, telling him about “all the jealous haters” that truly don’t understand his lifestyle. But now I obviously hope he’s just getting a wart removed or something. We’ll just have to wait for the team to divulge his confidential medical records. They owe us that at a minimum.