Terry Collins ultimately blew a game the Mets really didn’t deserve to win in the first place. The Braves handed the Mets two runs in the first inning as a result of two errors. And then Terry mismanaged the bullpen and failed to pinch run in a key spot. Those poor managerial decisions cost the Mets a chance at victory.

The Freebie Runs: In the first inning, Jose Reyes walked and with one out Yoenis Cespedes hit a ball to third base and reached on a throwing error by Adonis Garcia. Then Curtis Granderson hit a double play ball up the middle and second baseman Jace Peterson made an error. That error allowed Reyes to score and made it 1-0. Then Jay Bruce hit another double play ball to the first baseman, but he managed to beat the throw to first base. Yo scored and that made it 2-0. In the first inning the Mets basically hit nothing but Taylor made double play balls and the Braves handed them two runs.

Big Sex: Bartolo Colon pitched 6 innings and gave up 3 runs on 4 hits (2 homers). He certainly gave the Mets a chance to win. He ran into some early trouble in the first inning when the first two batters reached base. But Wilmer Flores made a diving stop at first base of a Freddie Freeman hot shot, and he was able to make the throw and get the force out at second base. Then Matt Kemp hit a sac fly to make it 2-1, but that was the only damage of the inning. Nick Markakis also took him deep in the fourth inning to tie the game at 2.

One Note On The Sex: Big Sexy came up in the second inning with a man on first base and one out, and he hit into another double play. Can we please stop letting him swing with one out and men on base? Make him bunt for Christ’s sake.

Slugger Pendulum: In the fifth inning Yoenis Cespedes took the lead right back for the Mets with a solo shot off of starter John Gant. Tolo coughed it right back up in the 6th inning when Matt Kemp launched a solo shot to tie the game at 3.

The Play At Home: In the 8th inning Wilmer Flores hit a two out double off of lefty Ian Krol. Terry then pinch hit for Kelly Johnson with T.J. Rivera to get the righty lefty matchup. But Terry never pinch ran for Wilmer despite his expanded roster bench. He admitted after the game he straight up fell asleep at the wheel. Rivera slapped a single to right field and Wilmer was gunned down at the plate. So Terry blew it. That’s obviously one blunder here. The other thing that pissed me off was A.J. Pierzynski was blocking home plate. When he fielded the throw he moved more directly in the way of home plate. That’s why it wasn’t a violation of the rule. But that’s BS. It wasn’t a rule violation because MLB doesn’t care about the home plate rule anymore. It’s not a hot button issue so they aren’t going to re-hash it this year. But the bottom line is Wilmer had no lane to score and Keith said the truth during the broadcast. He said Wilmer had no choice but to barrel over the catcher. And that’s supposed to be what the rule eliminated from the game. Sooooo it doesn’t work. On a night where the Dodgers pulled starter Rich Hill while he was throwing a perfect game, we can see how the game has changed but also how it remains the same. Collisions forever!

Terry’s Blunder Count: So Terry failed to pinch run. He also brought in Hansel Robles for one batter in the 9th inning, and then brought in Jerry Blevins for the lefties. So he burned one of his top relievers. As a result of that decision he went to Erik Goeddel in the bottom of the 10th instead of Robles and Goeddel was rocked. He gave up two singles, threw a wild pitch, and only recorded one out. Josh Smoker ultimately gave up the walk-off hit but Goeddel laid the foundation for the loss.

Thank God It Ended: If that game went on any longer last night Terry was going to find a way to burn every player and pitcher on the expanded roster. 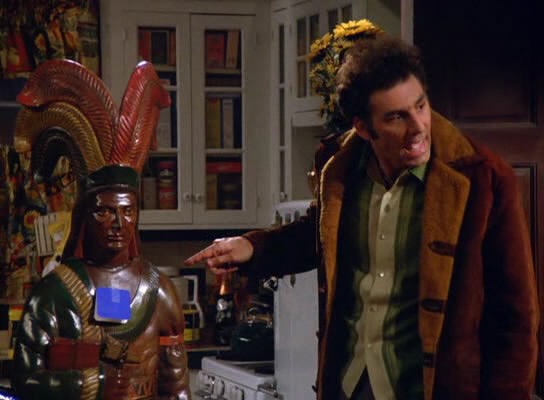 The Braves are 4-11. They started the season by losing 9 in a row to the Nationals and Cardinals. Since then, they swept the Marlins in Miami and then lost 2 out of 3 at home to the Dodgers. From the Mets perspective, this should be the same story as Philadelphia. The Braves are rebuilding and have already conceded this season. The Mets must beat up on them no matter where the games are held.

Last Season At Turner: In 2015, the Mets went 11-8 against the Braves and 5-5 at Turner Field. If we are looking to improve upon our 90 win 2015 season, a good place to start would be against Atlanta at this cursed field. Speaking of Turner Field, it’s the last year the Braves play here before they move to their new stadium. Supposedly the organization has stopped taking care of the damn place and the infield grass is an uneven mess. Our infield defense has been solid so far this season, but I’m sure Turner Field will find a way to screw that up for us. Maybe when the Braves leave behind Turner, they can also dump the tomahawk chop? Maybe they can try something a little less obnoxious and offensive? If the U.S. is going to take Andrew “Trail of Tears” Jackson off the front of the 20 dollar bill, maybe Manfred will encourage Atlanta to come up with some clap-based cheer that has nothing to do with Native American war cries. But that’s doubtful considering the Washington Redskins are still hanging around the NFL.

Panic City is at an Amber Threat Level regarding the status of Matt Harvey. The conversation last year was “Shutdown Harvey?!? No way!” Now the Panic City Council is saying “How did we not shutdown Harvey?!?” Dan Warthen said Harvey had a great bullpen session this week, and he fixed his “mechanical issue”. The bottom line is we need to see something positive from Harvey. It doesn’t even need to be a strikeout filled complete game. Let’s see him get through 6 innings without tiring and collapsing late. That would be a refreshing change.

Last year, Harvey took a big fat loss at Turner Field. He went 6.2 innings and only gave up a run. Guess what month it was? June. It goes without saying that the entire 2015 season must be viewed through the B.C. (Before Cespedes) and A.C. (After Cespedes) lens. Since this was a B.C. loss it means nothing to me.

Bud Norris is off to a 1-2 start with a shining 6.23 ERA. He was a scrap heap pickup by the rebuilding Braves to round out their rotation. He gives up some long balls. He’s given up 20+ home runs 3 times in his career, and he’s already given up 3 on the season. Last time out against Miami he gave up two of those home runs and didn’t get out of the 6th inning. The Mets faced him at home in May of last season when he was on Baltimore. He went 7 innings and gave up 3 runs.

Chacin is only 28 and his career got off to a promising start despite playing in hitter friendly Colorado. But he has battled shoulder issues and other injuries which ultimately led to his release in Colorado. And if Colorado is letting a pitcher go, you know there’s real issues. Atlanta brought him in to fill out their rotation as they wait for young pitchers to emerge from their system. He shutout Washington in his first start over 6 innings and struck out 8. He wasn’t quite as impressive last time out against Miami where he went 5.1 innings and gave up 3 runs. He’s a groundball pitcher so that may limit our ability to punish him with long balls. That being said, Neil Walker is 3 for 9 against him, David Wright is 2 for 9 and Juan Lagares is 2 for 6.

Steven Matz got rocked in his first start and dominated last time out. Let’s hope this start goes well and he can get in a consistent groove.

The Braves haven’t announced their Sunday starter yet. It could be young pitcher Mike Foltynewicz who went 4-6 with a 5.71 ERA in 18 appearances (15 starts) for the Braves last season. The alternative would be highly touted prospect Aaron Blair making his major league debut. The Braves snagged the former 2013 first round pick Blair as part of the haul they received from Arizona for Shelby Miller in the offseason. Blair is 3-0 with a 1.42 ERA and 0.79 WHIP at Triple-A so far this season. He also has 22 strikeouts in 19 innings. He throws a 91-95 MPH fastball that induces ground balls. He also throws a curve and change-up.

The Mets will finally get Jacob deGrom back. His baby boy Jaxon is healthy and supposedly Jacob’s lat has healed as well. It’s good to have him back although we certainly didn’t lose anything with Logan Verrett on the mound. Jacob deGrom went 0-1 in 2 starts against Atlanta last season. The loss came at Turner Field. Of course he went 7+ innings in both starts, struck out 12 overall, gave up 9 total hits and 3 total runs. In his defeat at Turner Field he only gave up 2 runs. As you would expect, both starts were in June (B.C.).

Braves Pitching: Braves have a team ERA of 4.67 and are in the bottom third of the league. They are considering bringing up top pitching prospect Aaron Blair in large part because of how incompetent their starters have been so far. Let’s hit them early and often.

Big Ball Only: We really need to get some key situational hits this weekend. At a minimum, we need to convert more often with runners in scoring position. I know chicks dig the long ball. Frankly, so do the overweight men who watch on their couch. But at some point they will lose their luster if we keep dropping games because we can’t get a clutch single or a sac fly.

Kevin Playwecki?: Travis d’Arnaud hit a few balls hard in the series finale against Philly, but he’s still batting below .200. Kevin Plawecki should get a start this weekend during the day game on Sunday. I’m hoping for a healthy All-Star season from d’Arnaud. But I won’t be upset if Terry gives Kevin an extra game here and there to keep Travis fresh.

Get ’em While They’re Cold: Freddie Freeman and Kelly Johnson have both started the season hitting around .150. It will be nice to see Kelly Johnson again. It would be nice if he was in a Mets uniform instead of Eric Campbell.

Benchcicles: The guys on our bench never play. I completely understand why. It’s simply because the starters are much better. Duh. They are real MLB starters. All these years we sat here debating if Ruben Tejada should start or Omar Quintanilla. We dissected whether to sign Chris Young, John Mayberry Jr., and many other players. And the one unifying theme was that they were all garbage. The starters that we have now are the opposite of garbage. They are established, consistent veterans or young budding stars. My point is that Wilmer Flores and Juan Lagares have taken a backseat because we have superior options. That being said, we should look to get these two guys some playing time against a crummy team like the Braves if the series goes well. It’ll help keep them from becoming ice cold on the bench, and it’ll help preserve our starters over the long season.