Chase Utley did nothing wrong during Game 2 of the 2015 NLDS when he knocked over Ruben Tejada on a takeout slide. There I said it. MLB has said a lot of things since that day, but their words don’t matter. Their actions have consistently driven home the notion that Utley’s slide was completely acceptable and encouraged. And we already knew this. Let’s be clear. MLB said they dropped Utley’s pathetic 2 game suspension because of the way the rule was inconsistently enforced in the past. Ummm it wasn’t inconsistently enforced at all. It was never enforced. It was consistently never enforced. Takeout slides have been occurring forever. And the MLB never punishes anyone for the action. In fact, MLB has consistently encouraged the following league sanctioned lifecycle of the takeout slide:

1) Double play ball is hit.   2) Runner uses takeout slide to break up double play by illegally going out of the baseline to illegally interfere with the fielder.   3) Play is broken up and opposing fielder is injured.   4) Opposing team is angry.   5) Opposing team’s pitcher throws a baseball at the takeout perpetrator the next time he steps up to the plate.

And so the cycle continues. It’s really hilarious that in the context of the takeout slide, MLB has preached all offseason about how the culture must change and player safety must be the priority. And in an effort to discourage the old takeout slide culture they have…refused to punish the existing behavior. And not only that, in essence by repealing Utley’s suspension they have said, “we will let the Mets pitching staff handle Utley’s punishment with a beanball to the face”. Perfect! Player safety problem solved. Thank goodness.

If you want to know how MLB will handle takeout slide decisions in 2016, look no further than their handling of this. They had their first test right here, and they completely bungled it. They got the initial call wrong in October 2015. They got it even more wrong upon replay review. They admitted they didn’t understand the rule after the game, and also admitted they got it wrong in the game. Then they didn’t discipline the player essentially saying they were wrong when they said they got it wrong in October.

It’s going to be fun in May when we play the Dodgers and the biggest question before the series is “When are the Mets going to try and nail Utley with a 95 MPH fastball?” I wonder if Matt Harvey will appeal the 5 game suspension he is bound to get for beaning Utley, and if Yoenis Cespedes will appeal his 5 game suspension for fighting in the ensuing brew-ha-ha. We shall see, but at least we can put this whole thing behind us now. Well actually no. We can put it behind us once we nail Utley. Unless the Dodgers want to retaliate for our beanball. Then we will have to wait for retaliation 2.0 to put it behind us. Thanks MLB! 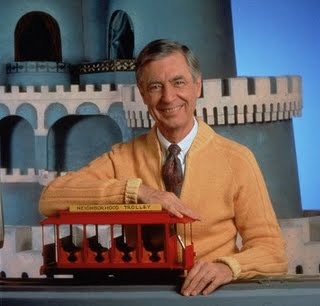 I already posted about the new takeout slide rule yesterday. Ruben Tejada Rule. Chase Utley Rule. We can call it whatever the hell we want. As I said yesterday, I see it as nothing but a pointless rebranding of the already muddied takeout slide rules. And we are going to spend 162 games debating if the runner made an “attempt” to touch the bag and an “attempt” to hold on to the bag. It is ridiculous, and we are in arguably the same position as last October.

But today, all I am reading about is how the masses are appalled by the fact that the league published the new slide rule while simultaneously making the existing “neighborhood play” reviewable. The neighborhood play allows an infielder to record a force out at second base during a double play without technically touching the bag. It historically existed to protect shortstops and second basemen from takeout slides. And now that it can be reviewed by instant replay, it essentially means the league will enforce the actual rule of staying on the bag to record a force out. As a result of this change, Terry Collins said, “Someone is going to get their clocks cleaned.”

MLB continues to blow my mind with their myriad of unwritten rules like the neighborhood play. So we literally just made a play reviewable that doesn’t technically even exist by rule. And it only existed in the first place because the league refused to make a real rule addressing takeout slides. It literally exists because runners consistently crush middle infielders on takeout slides, and in order to give the infielders a chance to survive, everyone agreed off the record that they don’t have to touch the bag while turning a double play. You know what else we could have done all this time? Maybe release a “no crushing the middle infielder on takeout slides” rule. Does that work? Has anyone in MLB ever heard of writing down real rules that make sense?

And you know the best part? This new slide rule does not ban takeout slides at all. In fact, the league has openly talked about how they want them to remain a part of the game.

Let us recap: 1) Real rules exist that say fielders need to stay on the bag to record a force out. 2) Unwritten “neighborhood play” rule exists and says the opposite. 3) Now instant replay can be used to ensure the unwritten neighborhood play rule will no longer be enforced. 4) Slide rules now exist that define a legal slide and an illegal “roll block”. 5) The league does not want to discourage legal slides to break up a double play.

It is so simple everyone. Now, the league just wants middle infielders to stay on the bag, and they only want double plays to be broken up by runners that legally “take the fielder out” of the play. Get it?

As I said yesterday, the rule deliberation is pointless because the only way this works is if the league bans takeout slides through enforcement. They just have to consistently call the runners out. If they consistently side with the infielder then the practice will die out. And once the actual rule is established by virtue of the calls made during the games, hopefully somebody grabs a pen and writes it down.

MLB finally came out with their revised rules in response to the Chase Utley takeout slide that ended the 2016 postseason for Ruben Tejada. How about a big round of applause for MLB, as it only took them 5 months to respond to something so simple and straightforward.

So here is what they came up with:

“A runner is still allowed to make contact with the pivot man, provided the following four conditions are satisfied:

As well, the runner may not engage in a ‘roll block,’ or intentionally initiates (or attempts to initiate) contact with the fielder by elevating and kicking his leg above the fielder’s knee or throwing his arm or his upper body.”

So there it is. It took them 5 months to come up with that, and quite frankly it is completely and utterly meaningless. I see it as nothing, but a pointless rebranding of the already muddied takeout slide rules. The first point would be meaningful if we were addressing the sliding style of Pete Rose in the 1970 All-Star Game, but at this point in time all the players are starting their slide before they reach the base. The second and third points say “attempt” to reach the base and stay on the base. It’s going to be real fun watching umpires debate “an attempt” for 162 games. And the final point is the key one in my mind and will ultimately determine the success of the rule. The runner can’t change his “pathway for the purpose of initiating contact with a fielder”.

This is going to come down to one simple thing: Look at the base. I know it says “pathway”, but they really mean the runner shouldn’t shift his focus from base to fielder. It is going to become the “look at the base” rule. Chase Utley, Chris Coghlan and all the other hard-nosed players are going to have to sell the legitimacy of their slide by staring at the base the entire time. When Coghlan and Utley crushed Kang and Tejada, they both had their arm extended and made varying attempts to touch the base. Utley didn’t make much of an attempt to stay on the base, and technically his move was a “roll block” because he threw his upper body. But an adjustment to avoid the definition of a “roll block” can easily be made by the dirty players. They just need to stay low and reach for the base. Chris Coghlan stayed low and reached for the base when he took out Jung Ho Kang. But almost all these dirty slides involve the runner visibly shifting his focus and attention from the base to the fielder. They all look up or to the side or wherever the fielder is standing. And from now on, all they are going to do is keep their arm out and their face aimed at the bag.

All the rule deliberation is pointless. It always has been. The only way to eliminate this practice is for the umpires to consistently call the runners out. If they consistently side with the fielder then the practice will die out. It’s no different than helmet to helmet hits in the NFL. Once the referees threw the flag the players adjusted and now most guys aim low. If the umps call the runners out, they’ll give themselves up, slide as a mere formality, and the takeout strategy will become non-existent. Let’s just hope that the umps protect the fielders all season and ignore all the complaining sure to come from baserunners and old school managers.

Pace of Play Miracle: The other announcement from MLB today, was the beginning of the stopwatch era. Now mound visits by managers and pitching coaches will be 30 second timed visits. Hooray. It’s what we’ve all been waiting for. The league has yet to expand on these ground breaking pace of play developments but I am assuming any arguments about violations of the 30 second clock will be limited to 60 seconds for each manager and any challenges to the 60 second manager objection will be sent to the replay center in New York for review.

The second pace of play change is the one I find appalling. Now break timers between innings will mirror the time allotted to broadcasters between innings: 2:05 for locally televised games and 2:25 for nationally televised games, a reduction of 20 seconds each from the 2015 season. I don’t know about you, but if this takes away one single Cellino and Barnes or Grand Prospect Hall commercial on SNY I am going to lose my mind.