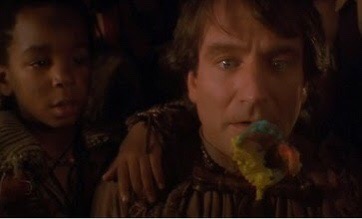 First off, the game ball goes to Logan Verrett for his exceptional pinch start in place of Jacob deGrom. He was dominant, and all his pitches looked great. His slider was nasty. I love our pitching depth. We are so #blessed in the pitching department.

The offense was pathetic again. It’s painful to watch us hit. But…we finally got a clutch hit! We only got one, but one clutch hit was all we needed today. The hit came in the 7th inning. Wilmer Flores singled and advanced to second base on a wild pitch. Asdrubal Cabrera singled to get him to third base. Juan Lagares grounded out softly to the pitcher who got the out at first base. But then Kevin Plawecki came through with a clutch hit to score Flores and Cabrera. Jesus Christ it felt good. Plawecki then copied Lucas Duda from yesterday and got thrown out trying to make it a double. But the runs scored.

The offense really stinks man. We blew chances again. In the 4th, we had two singles to start the inning from Curtis Granderson and David Wright. And Neil Walker singled to load the bases with one out. But Wilmer Flores and Asdrubal Cabrera couldn’t do anything. In the 9th, we got two men on with one out, but Alejandro De Aza lined into a double play. We have been so scoring impaired.

In the 8th inning, Yoenis Cespedes jumped into the stands in an attempt to catch a foul ball and speared a bunch of fans. For a guy who allegedly “doesn’t hustle”, he was hustling like it’s October. If you spent five minutes in Panic City with me you would understand why he’s going so hard. Everybody was ok. Thank the old gods and the new. Then Terry brought in Jeurys Familia for a 5 out save. Again, everyone just pretending it’s October. The Marlins scratched out a run when Familia gave up a hit to Justin Boar which scored one of the runners he inherited. But that was it. We salvaged a game in this abysmal three game set at home. Hooray.

The Jerry Manuel Managing Excellence Award: In the 7th, Terry pulled Verrett with a reasonable pitch count and brought in Jim Henderson. The same Henderson who is coming back from shoulder surgery and had a career high pitch count yesterday. I have to believe Carlos Torres and Pedro Feliciano both felt a disturbance in the force when TC brought in Henderson. As you would expect, Henderson had nothing in the tank and gave up a single and two walks before being pulled for Hansel Robles. Hansel Robles and Jerry Blevins somehow managed to maneuver us out of the inning and save the team from Terry’s mind blowing blunder. I thought it was simply going to be the offense that blew this game, but Terry decided to toss his hat in the ring.

Wilmer At First Base: Wilmer Flores made a gorgeous play at first base in the 5th inning. He looked good out there which is reassuring considering this was his first career major league start there, and he barely spent any time at the position this spring. Also, on a related note, the Pirates designated first basemen and outfielder Michael Morse for assignment. If he becomes available at the league minimum, the Mets should take a flyer on him instead of bringing back Soup.

Let’s Just Wait: I want to try and draw conclusions about our offense. But it’s just too early to do that. I think we are just starting in a collective unlucky funk, and it’s as simple as that. It certainly doesn’t mean our offensive scheme will eventually operate flawlessly. But we need a larger sample size to draw a real conclusion.

Tomorrow: We are off tomorrow. Then on to Cleveland to face their elite pitching. That could be trouble.