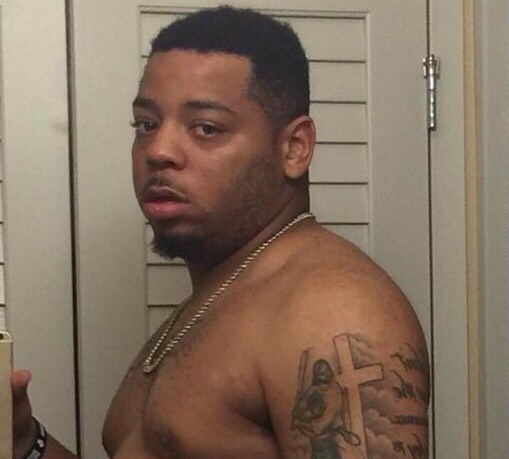 The Mets are going to promote Dom Smith right away to distract from the Bruce salary dump scandal.

I tweeted this at 11am. Six hours later the Mets did exactly what I said they’d do. The Wilpon playbook is so predictable, and this was the obvious move to make to distract from the Jay Bruce trade scandal.

The next page in the Wilpon playbook says that Sandy Alderson needs to make a statement refuting the media reports that indicated the Bruce deal was purely a salary dump and that the Mets passed on a better deal with the Yankees.

Lots here from Mets GM Sandy Alderson on the Jay Bruce trade and his dealings (or non-dealings) with the Yankees: pic.twitter.com/DshI88goTj

Check. The next page in the playbook says the Mets’ front office needs to anonymously smear the Yankees in the media.

A Mets official on the Bruce to the Yankees talks: "If they would give us something of [bleeping] value, maybe we would make a deal."

Also, the Mets evidently were not happy that the Yankees, with their $200 M-plus payroll, wouldn't absorb all of Bruce's salary.

Another Mets offficial: "When we were looking for players last year, the Yankees weren't exactly rushing to return our calls."

By the way, it goes without saying that I’m extremely pumped to see the debut of the Mets number two prospect. Dominic Smith is supposed to be awesome. The scouts say the guy has OBP skills, pop, and provides Gold Glove caliber defense at first base. He also used to have a Pablo Sandoval body type as evidenced by that old picture above, but supposedly he’s in much better shape nowadays.

One thing I did notice in the picture above is the incredible tattoo that Dom has. Is that Jesus teaching him to swing a baseball bat? Is at an Angels in the Outfield tribute? The Mets sure as hell could use some angels in the outfield, infield, and especially the bullpen. It’s nice to see that Dom has a strong relationship with God. He better pack his damn rosary beads when he leaves Vegas because he’s going to need help from the man upstairs if he has any hope of surviving in a Mets uniform. From Ray Ramirez undoubtedly exacerbating Dom’s first minor injury to Terry Collins inevitably doing something that hurts his confidence, there’s no shortage of ways for the Mets’ organization to stunt his growth. But I hope and pray that Dominic overcomes all those obstacles and turns into an awesome Met. I’m rooting for him.

P.S. Dominic Smith is the last highly rated prospect in the Mets’ farm system. That’s it. The cupboard is bare. We may not have one top 100 prospect on next year’s MiLB list. Remember when the Mets let scouting director and analytics guru Paul DePodesta (aka one of the original Moneyball guys) leave the organization to work for the Cleveland freaking Browns? Maybe they should’ve made a lucrative counter offer to try and hold on to him. Considering the farm system has run dry, it seems he may have been the brains behind the scouting operation.

Today, ESPN’s Keith Law released his highly anticipated 2016 Mets Top 10 Prospect rankings. Law is one of ESPN’s baseball analytics gurus, and he previously worked as a special assistant for current Mets Assistant GM J.P. Ricciardi when Ricciardi was GM of the Blue Jays. This year, Law had the Mets farm system ranked at 16th out of the 30 teams. Middle of the pack. Not showing off. Not getting left behind. Now that did represent a significant drop from our 4th place ranking in 2015. That being said, the drop makes some sense considering we promoted the top three prospects from his 2015 list (Noah Syndergaard, Michael Conforto and Kevin Plawecki), and we traded our top pitching prospect Michael Fulmer to Detroit at the 2015 trade deadline for Yoenis Cespedes.

1) Dominic Smith: The scouts love this guy. He was drafted 11th by the Mets in the 2013 draft. Law has him at 29th in his overall MLB Top 100 Prospects list. Law describes him as “one of the best pure hitters in the minors”, and he hit .305 in 118 games at High A ball last season. His power is still developing, but his glove is supposedly MLB ready and gold caliber. The idea of a defensive-minded player in our infield is borderline unfathomable (closes eyes…sees Lucas Duda throwing ball over D’Arnaud’s head in Game 5… shudders). His ETA is 2017 which would align well with Duda’s free agency timeline after the 2017 season. The only negative mentioned by Law is that Smith looked like he had gained a lot of weight in the Arizona Fall League, and he wasn’t talking about muscle mass.

Keith Law just fat shaming the hell out of Dom Smith. I think we can cut the guy a break, I mean after all it is winter. A perfect time to put on a little mass in the midsection for the sake of warmth. Granted, Smith is from California so additional blubber might not be entirely necessary. And conditioning is part of his job description as a professional athlete. But I am just going to pretend its a minor seasonal weight fluctuation, and that he’s on track for a breakout rookie campaign in 2017.

2) Steven Matz: Hard to count Matz as a prospect, but he didn’t hit maximum rookie innings thresholds in 2015. So he’s still technically a rookie. And why didn’t he meet the thresholds? Late promotion but also injuries. And injuries are the biggest red flag with him. In fact Law indicated his ceiling is capped at a number 4 starter with number 1 stuff because he fears he just won’t pitch enough. He doesn’t see him as a horse like Noah Syndergaard, Matt Harvey, or Jacob deGrom. Let’s hope Matz proves Law wrong.

3) Amed Rosario and 4) Gavin Cecchini: Two shortstops in our Top 5 and in the leagues Top 100? Really? Is a Jose Reyes successor really on the horizon? Are the annual Spring battles between Ruben Tejada and someone else finally coming to an end? According to Law the answer is yes. Rosario, ranked at 42 in Law’s Top 100, is 20 years old but projects as a possible star. Law says “he has the kind of raw tools and athleticism to be a top 10 prospect in the game in a year”. Cecchini, ranked at 89 in Law’s Top 100, is closer to the major leagues then Rosario. He projects as a contact hitter with above average defensive skills. We selected Cecchini 12th in the 2012 draft, so the high expectations around him make sense. He broke out offensively at AA last year and is likely to start at AAA Vegas this season. If he can get past the distraction of the Vegas clubhouse slot machines and have a big season in AAA, he may be in the plan for 2017.

5) Wuilmer Becerra: We got this OF in the R.A. Dickey trade. He is 20 years old and projects to be a regular who can hit for average and power. The idea to trade R.A. Dickey after he won his CY Young Award in 2012 was an absolute no brainer. However, the haul Sandy got for him is truly astounding. Thor, Travis d’Arnaud, and this outfielder Becerra. It’s already looking like an all time heist based on the early success of Thor and D’Arnaud. If they both really go on to have successful, healthy major league careers and Becerra actually becomes a viable major leaguer, it’s going to look even more lopsided in the Mets favor.

6) Brandon Nimmo: Jose Fernandez, Sonny Gray, Kolten Wong, and Joe Panik. All pretty good players right? Well we passed on all of them in the 2011 draft when we selected Nimmo 13th out of high school. Nimmo doesn’t project to have the defensive skills to play CF, and he has not developed the power that the Mets originally anticipated. He was going to start the season at AAA, but he tore a tendon in his foot so he will now miss 4 to 6 weeks. “4th outfielder” is being thrown around. “Bust” can’t be far behind.

7) Desmond Lindsay: Mets second round pick in 2015. He projects as a speedy defense first CF.

8) Robert Gsellman: He’s a sinkerballer that projects as a 5th starter. Should start the year in AAA Vegas and serve as rotation depth. Hopefully, our young starters are healthy and we never see him in the rotation. Ever.

10) Luis Carpio: He’s a 17 year old SS that has raw skills and handles himself well in the field and at the dish for his age.