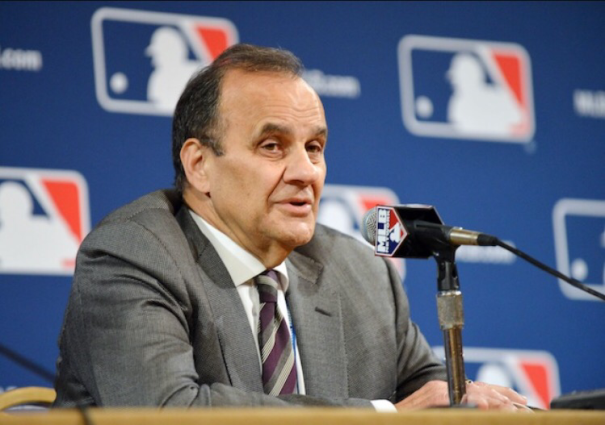 When Jayson Stark reported earlier this week that Major League Baseball made formal proposals to the MLB Players’ Union to raise the strike zone and eliminate the four pitch intentional walk, I stayed quiet. These possibilities have been floated before, and I just don’t see them as that controversial.

The strike zone change is slightly more controversial. The increase in fielding shifts has led to fewer balls in play, and they want to increase the action. They figure if they raise the bottom of the strike zone to the top of the batters’ knees it will force pitchers to leave balls up, and more balls will wind up in play. I get the goal.

As a pessimistic Mets fan, I can envision a scenario where the league implements this strike zone change and umpires wind up squeezing our young staff all season. If that happens I’m liable to put my foot through some dry wall by the All-Star Break. But in all likelihood, the hard throwing arms in our rotation will be able to adjust to any changes and execute their game plan. Noah Syndergaard, Jacob deGrom, and the other starters can locate with velocity. They should be fine.

In reality the league can change the “strike zone” all they want, but it won’t eliminate the variation we see across the league. Umpires have different zones and sometimes call different games from one day to the next. Nothing will substantially change that unless they bring in robot umpires, and that’s a discussion for a different day.

But the latest news from Mad Scientist Joe Torre is what has me at my wits end. Jeff Passan of Yahoo Sports has reported that Major League Baseball is talking about testing a new extra innings protocol that would automatically place a runner on second base at the start of the 10th inning (and every inning thereafter). Apparently a version of this rule has been used in international baseball for ten years and it will be implemented in the World Baseball Classic this spring. MLB even plans to test it in the rookie-level Gulf Coast League and Arizona League this summer before considering it at the pro level.

According to Joe, the league wants to try to spur more action and eliminate situations where teams “go through your whole pitching staff and wind up bringing a utility infielder in to pitch.” Is Joe Torre kidding? What league is he watching where utility infielders are pitching in relief all the time? This is where I draw the line on the league’s “baseball is boring” and “pace of play” crusade. In my opinion this is nothing but a forced gimmicky rule change that won’t do anything to increase excitement and action.

If you want to make the game more exciting by adding some home runs then juice up the baseballs. After all, home runs were up last year and baseball tampering allegations surfaced a number of times during the season. I don’t know what if anything the league did to baseballs last year, but I’m totally in favor of making changes to keep home runs flying.

If they want to increase offense in the NL then give us the DH so guys like Michael Conforto don’t have to waste away in Triple-A while Jay Bruce stumbles all over the outfield.

You want to avoid taxing young arms due to all these “18-inning games” that Torre is worried about? Then expand the rosters to 30 guys and let teams carry more pitchers. Bullpen usage was a major factor last year in the playoffs, and it’s vital to a team’s regular season success. Let teams expand their bullpens and give more players a chance to compete.

And if the league is dead set on doing some gimmicky garbage then how about they have teams install movable outfield walls in every stadium? Once extra innings start, teams can gradually move the walls in with each passing inning until infield fly balls wind up being home runs in the 18th inning. That should help Joe Torre sleep at night.

Listen, I’m not against rule changes. But don’t give me this dumb baseball version of a hockey shootout or a football overtime sudden-death rule. Baseball is fine the way it is. If the league thinks we need more on field action then work on cloning Yoenis Cespedes so every team has a stud like him. If MLB feels fans are bored watching the games then add fireworks between innings and have networks add a stand-up comedian to the booth. And if baseball feels the games are too slow then cut out the commercials.